AirPods have been a good deal for Apple. Furthermore, they are a challenge for sound engineering, given that more and more of these gadgets challenge audiophiles. Thus, it is understandable that with each adjustment in the firmware, users expect improvements from a device that still has a good margin for progression. Accordingly, Apple introduced a firmware update for the AirPods Pro on Tuesday.

There is still no news on what has been updated, but many users of these wireless headsets hope it will improve active noise cancellation.

O background noise blocking is the signature feature of these headsets, and many users have been satisfied with the active noise-canceling capabilities of these headsets, a product released in the fall of 2019. However, a later software update allegedly caused problems.

Apple introduced a new firmware version for these headset devices in January, and users complained that the AirPods Pro's noise cancellation didn't work as well.

AirPods Pro owners can now update their devices to the 2D15 version of the firmware. We don't know what has changed because Apple does not provide release notes for this type of update. In addition, this update is not done with the same mechanics as updating an iPhone, or an Apple Watch. 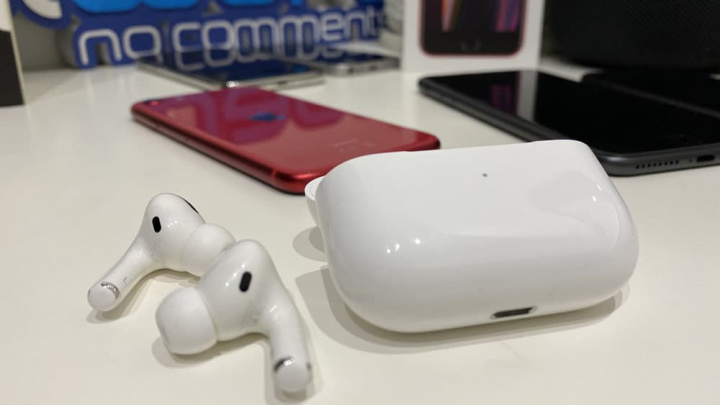 And how can I update the headphones?

In this case, the best thing you can do to request an update is to put the AirPods Pro in your case with it charging. Also, have the iPhone, with which they are paired, close. Then wait for the magic to happen.

(3274)
$13.89 (as of June 4, 2020 - More infoProduct prices and availability are accurate as of the date/time indicated and are subject to change. Any price and availability information displayed on [relevant Amazon Site(s), as applicable] at the time of purchase will apply to the purchase of this product.)

If you want to try to force the update, see here in our article that explains how to do it, but it is not guaranteed to happen immediately.