AirPods Studio: Name and price of new Apple headphones surfaced on the Internet

Apple has invested a lot in recent years in areas that were not naturally its own. It monitors the market and seeks to innovate with different products that consumers seek and want to have in their arsenal of tools.

A clear example was AirPods, which today are an important part of its offer. The brand wants to expand this offer and it is known that new headphones will have to be prepared. These should be about to be launched and there is already a name and even a price for this proposal.

In recent years Apple has been betting heavily on the audio field. Its various proposals in this area reflect the best the brand has to offer its consumers. We talk about AirPods, in their various versions, the HomePod column and the entire Beats offer.

After several tests found in the test versions of iOS 14, there was great certainty for the arrival of a novelty. This should materialize in the form of on-ear headphones, created to expand the offer and take new paths.

Looks like Apple is sticking with the “AirPods” branding for their new over-ear headphones.

AirPods Studio are already known on the Internet

What the well-known leaker Jon Prosser revealed now it reveals a lot of what this novelty will be. They point out its name and its price, revealing that it will be called AirPods Studio and will have a price of 349 dollars (318 euros in direct conversion).

(29256)
$129.99 (as of June 5, 2020 - More infoProduct prices and availability are accurate as of the date/time indicated and are subject to change. Any price and availability information displayed on [relevant Amazon Site(s), as applicable] at the time of purchase will apply to the purchase of this product.)

Everything points to that the information presented by Jon Prosser is reliable. This has a record of correct revelations, as seen with the price of the iPhone SE 2020. Recently it also revealed the presence of a feature to detect panic attacks on Watch 6. 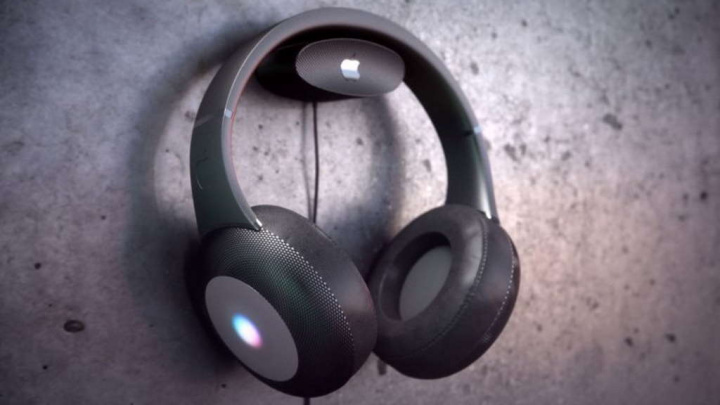 Headphones with even more sound quality

Without a date to be presented, they are expected to appear naturally at WWDC20, scheduled for next month. The brand follows the steps that Microsoft took with Surface Headphones and where other brands are already prominent.

(2177)
$184.95 (as of June 5, 2020 - More infoProduct prices and availability are accurate as of the date/time indicated and are subject to change. Any price and availability information displayed on [relevant Amazon Site(s), as applicable] at the time of purchase will apply to the purchase of this product.)