This seems to be a cyclical process and it is increasingly affecting Android. Recurring reports have surfaced that new apps have been discovered in Google’s System Play Store and that they are dangerous for users.

After many cases and many apps, one more question now arises. There are 47 more apps found in this store that are endangering Android users. Google has already removed some of them, but we need to remove them from smartphones.

Once again Android and its users are exposed to problems. This time the situation was Reported by Avast, which discovered a lot of 47 apps that have a trojan present and that just display advertising.

(65309)
$12.49
Apple MFi certified charging and syncing cable for your Apple devicesApple MFi certification ensures complete charge and sync compatibility with iPhon... read more
(as of July 7, 2020 - More infoProduct prices and availability are accurate as of the date/time indicated and are subject to change. Any price and availability information displayed on [relevant Amazon Site(s), as applicable] at the time of purchase will apply to the purchase of this product.)

This situation was immediately reported to Google, so that the necessary measures could be taken urgently. The search giant’s analysis has led to a large portion of these apps already removed from the Android Play Store.

From what is described, in all apps is present the trojan HiddenAds, New Year, which redirects users to advertising sites and subscription services. In this way it manages to yield a high value to those who developed the scheme.

The most important thing is that these are successful apps in the Play Store. With over 15 million downloads, they are spread by many Android users. Some of these apps already have over 1 million downloads. 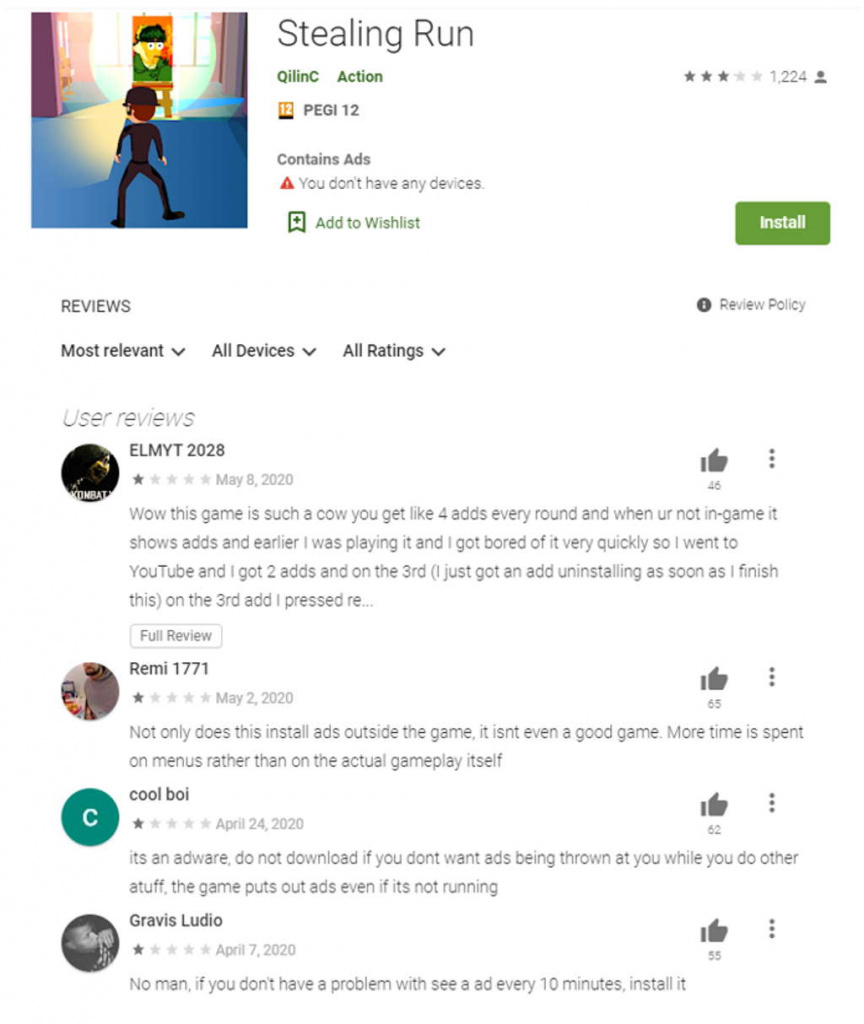 Although they are clearly a problem and have only just been discovered, the evidence was in sight. The many complaints that users were leaving in the comments, already anticipated a problem with these apps and the excessive advertising they presented.

(8226)
$11.00 (as of July 7, 2020 - More infoProduct prices and availability are accurate as of the date/time indicated and are subject to change. Any price and availability information displayed on [relevant Amazon Site(s), as applicable] at the time of purchase will apply to the purchase of this product.)

Because they are generalist apps, almost all of them are games, ended up attracting many Android users and having this success. It is now important to those who installed them to remove them. Google is expected to take care of the withdrawals from the Play Store, but it is urgent to uninstall Android smartphones.