Apple: Alleged image shows the camera configuration of the iPhone 12 Pro with …

Apple continues to put technology in its devices to reinforce its commitment to innovation. As such, the company left a trail on the launch of the new iPad Pro. As we have seen, this new device features optical remote sensing technology, or LiDAR. After this launch, several rumors began to realize that the iPhone 12 Pro could bring this new module.

Now, an image has appeared, allegedly related to the iPhone 12, showing the configuration of the new LiDAR camera.

Rumor shows how LiDAR will be integrated into iPhone 12

The alleged camera design diagram for the iPhone 12 Pro has been released. According to the original leaker, the image was found in an iOS 14 firmware, although at the moment it is difficult to say whether it is real or not.

According to the text that accompanied the leak, this image shows the camera configuration of the iPhone 12 Pro. Although it has the same square module as the iPhone 11 Pro, it includes an additional LiDAR scanner. Incidentally, it's similar to what Apple debuted in its iPad Pro 2020 line last month.

So, in addition to the scanner, you can also see three other camera sensors – a regular wide angle, an ultra wide angle and a telephoto sensor. The flash module is located right in the center of the four sensors. 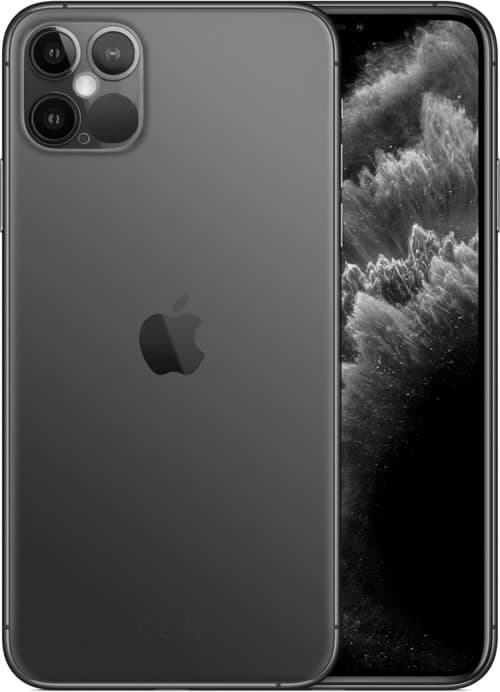 Example of how the camera module can look on iPhone 12

Apple is expected to include a LiDAR scanner in its iPhone 12 product line. A rumor pointed out that the sensor was exclusive to the iPhone 12 Pro only, although this is something that only time will tell. Apple will apparently strongly push AR / VR experiences with iOS 14 and by including a LiDAR Scanner on iPhone 12, the company would be able to further improve the overall AR experience on its devices.

(3394)
$5.09 (as of June 5, 2020 - More infoProduct prices and availability are accurate as of the date/time indicated and are subject to change. Any price and availability information displayed on [relevant Amazon Site(s), as applicable] at the time of purchase will apply to the purchase of this product.)

On the iPad Pro 2020, the LiDAR Scanner can scan objects up to 5 meters away in an instant. The use of the scanner has improved the effect provided by AR applications while making them faster and more accurate.

However, the true potential of the LiDAR Scanner will probably only be revealed when Apple announces iOS 14 at WWDC 2020.