Apple asks users to update iPhone as soon as possible

IOS security has been undermined in recent weeks. The iPhone's operating system has presented serious problems and, therefore, Apple has released new versions at a high pace.

After presenting iOS 13.5 last week and iOS 13.5.1 yesterday, the Cupertino giant appealed to its users. It is urgent that they update their smartphones to be properly protected.

It is urgent to update the iPhone

If the latest iOS update just blocks the possibility of jailbreaking, the previous version is very important when it comes to protecting users. Version 13.5 addresses several security vulnerabilities and is essential.

This update is so important that it has now been revealed that Apple will have asked users to update their equipment with the utmost urgency. Apparently many are postponing their installation, making them vulnerable to attack.

Apple and other agencies launch the alert

This concern and alert seems to be spread out other entities. The German Federal Security Agency (BSI) already had alerted for the need for this update a few days ago, for users to be protected.

At issue is the security flaw discovered in the Mail app and which expose users to attacks. Specifically, and as discovered by the security company ZecOps, this app has had a vulnerability for many years. 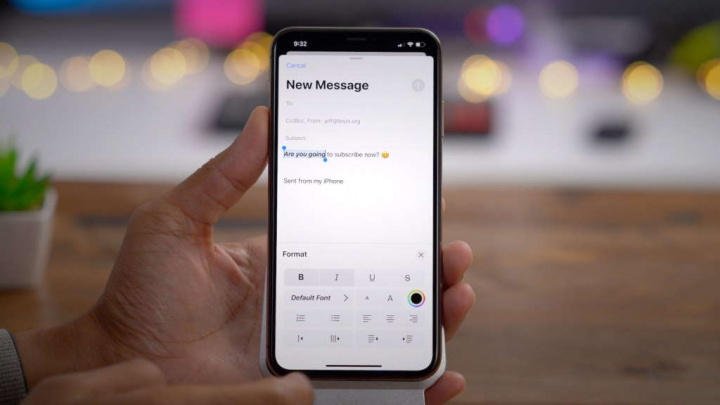 This vulnerability was corrected as version 13.5, which, however, was not limited to that, bringing other news. We are therefore talking about the possibility of recognizing users with a mask, forwarding authentication to the use of the unlock code. There was also the arrival of the expected API for detecting contact with COVID-19.

(2045)
$14.99
Material:Quality 316L Stainless Steel, High Polished Finish,Stand Wear and TearCome with 4 Pairs a Set, Diameter: Each Approx 10mm, 12mm, 15mm, 20mm; ... read more
(as of July 13, 2020 - More infoProduct prices and availability are accurate as of the date/time indicated and are subject to change. Any price and availability information displayed on [relevant Amazon Site(s), as applicable] at the time of purchase will apply to the purchase of this product.)

So, following Apple's instructions, it is important and urgent that iOS be updated. In addition, Apple went further and launched iOS 12.4.7, for older devices where the problem still existed.