Apple has bet on introducing a wide range of new features on the operating systems of all its devices. In addition, the company made a point of including new features in another product range, such as sound devices. Thus, after an invitation to users to test a novelty on HomePod, now appeared an update on the firmware of airpods Pro. Will the announced news arrive?

This update has no report to follow, so we can only make a prediction that the new software will correct some noises and add the novelty shown in WWDC 2020.

Apple at WWDC, as we showed here, presented many news and did not leave out the AirPods. In addition to promising a fast connection between devices, such as Automatic Switching, the company has brought unique features in this range. Spacial Audio will take the use of AirPods Pro to another level.

(1778)
$89.99
JD Power Award ---Highest in customer satisfaction for wireless routers 2017 and 2019Wave 2 Wireless Internet Router, 600Mbps on the 2.4GHz band and 1... read more
(as of July 6, 2020 - More infoProduct prices and availability are accurate as of the date/time indicated and are subject to change. Any price and availability information displayed on [relevant Amazon Site(s), as applicable] at the time of purchase will apply to the purchase of this product.)

As presented, this technology will work with headphone sensors such as the accelerometer and gyroscope to create an immersive surround sound experience. An algorithm has been developed that allows only with two headphones to create a fixed sound stage.

The question is whether this update will bring this novelty now. Of course, for this is not enough to have the firmware update, it has to appear in iOS 14 and other operating systems, support. 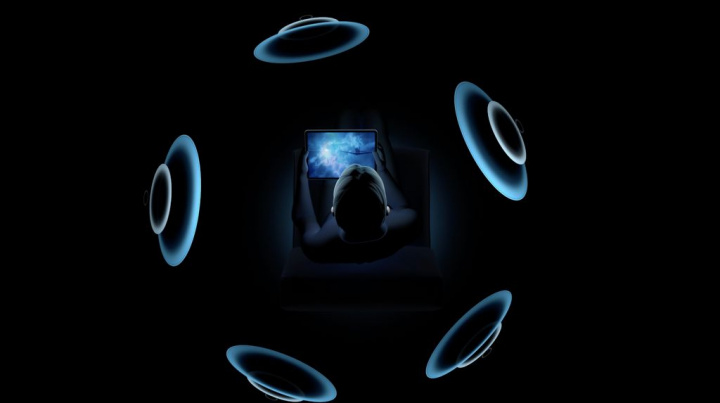 Even if Spacial Audio or Automatic Switching don’t appear, the company is indebted to users. That is, in the last software update of these headphones, complaints arose that the active noise cancellation it had some noises, a bothersome click.

This crackle, it seems, was solved with the 2D27 version.

How can we update them?

The firmware update will be installed automatically when you connect your AirPods Pro to your iPhone or iPad. However, it may take some time before it is available to everyone. To check the firmware of your AirPods Pro, follow these steps:

Connect the headphones to your iPad, iPhone, or iPod touch. Then go to Settings > General > Information. Now scroll down to the AirPods Pro option (in my case says AirPods Pro de Vitor).

The firmware number is listed under “Firmware version”. As you can see, in our case it has already been updated from 2D15 to 2D27.

(3042)
$4.68
Helps treat and prevent diaper rash as a skin protectant (40% zinc oxide)Protects irritated skin due to diaper rash and helps seal out wetnessDiscomfo... read more
(as of July 6, 2020 - More infoProduct prices and availability are accurate as of the date/time indicated and are subject to change. Any price and availability information displayed on [relevant Amazon Site(s), as applicable] at the time of purchase will apply to the purchase of this product.)