Apple Watch: Doctor found solution to do a “complete electrocardiogram” 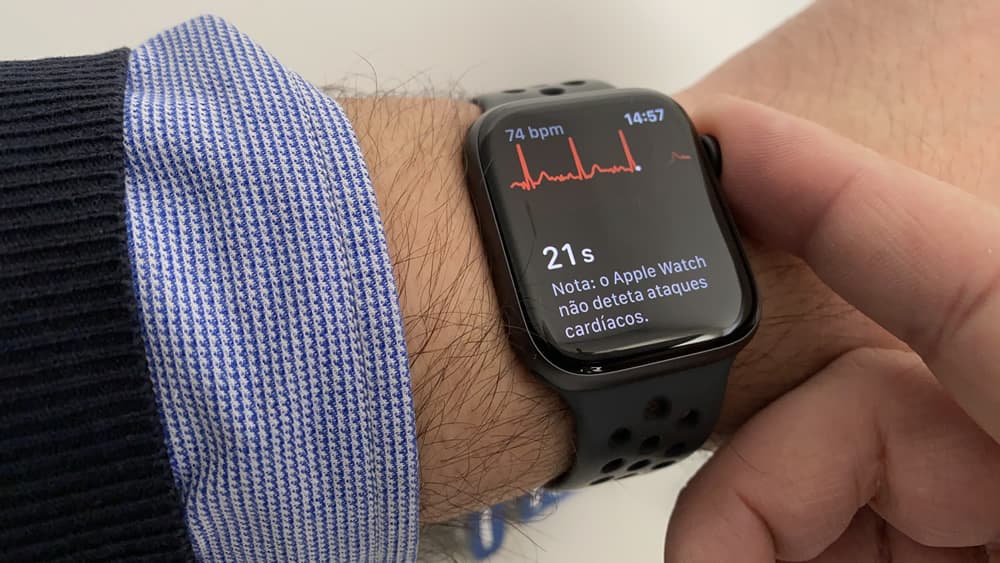 A cardiologist at Hospital Clínico San Carlos de Madrid found that with an Apple Watch Series 4 or 5, he could do complete electrocardiograms. In addition, Dr. Miguel Angel Cobos realized that he was able to obtain a reliability rate similar to the ECG performed in health centers.

The technique that the doctor used allowed to obtain results similar to those obtained with conventional equipment.

Can Apple get data like an ECG from a health center?

The Apple Watch innovated and continues to be predominant in ECG technology inserted in the potential of the equipment. Since the launch of the smartwatch and its various sensors dedicated to well-being and health, several testimonies show how these technologies have contributed to saving lives. In the case of the electrocardiogram, the detection of problems, such as atrial fibrillation, became a powerful argument for purchasing the device.

Although not considered a device with hospital precision, it was considered by health regulatory authorities to be useful in several analyzes of vital signs.

In this sense, Miguel Angel Cobos, cardiologist at San Carlos Clinical Hospital from Madrid, found that with the Apple Smartwatch (series 4 and 5), complete electrocardiograms can be made with a reliability rate similar to those performed in Health Centers. 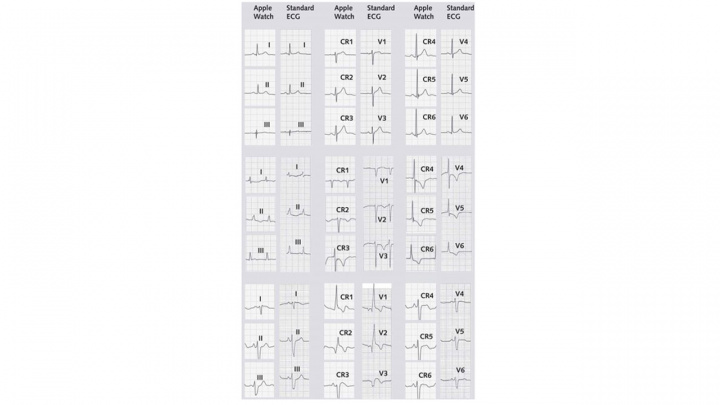 The discovery, published in Annals of Internal Medicine, it was fortunate, when the doctor was playing with the Apple Watch he had offered to his wife. Cobos wanted to check if an electrocardiogram could be performed and if he had any degree of confidence.

The smartwatch works in combination with the Health application, existing on iOS. Then, the device has electrodes that record cardiac activity for 30 seconds. As mentioned by Apple, this assessment is not intended to detect heart attack symptoms.

To get more information, as with a conventional electrocardiogram, 12 derivations of the electronic activity of the heart are needed. However, the doctor (who said he has no "relationship with Apple") proved that such a scenario was possible. 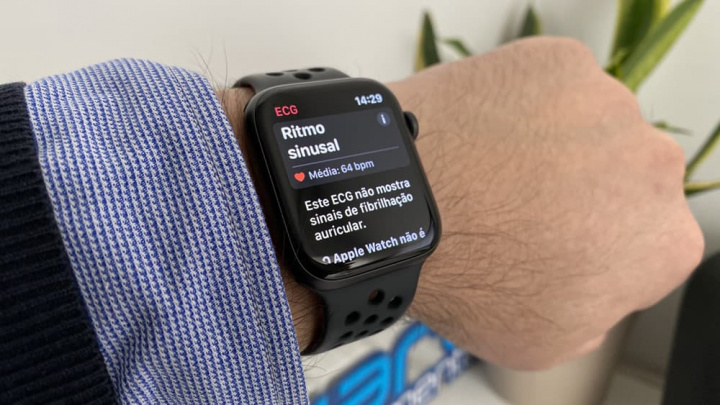 Use an Apple Watch to do a “complete” electrocardiogram

According to the doctor, to obtain more information, the user must first place the Apple Watch on the left wrist. Then, you must do the same procedure on the leg, where the derivations of the limbs are obtained and, finally, in different points of the chest, where the precordial derivations are registered.

Cobos explained that "this way, it is possible to have an electrocardiogram similar to the conventional electrocardiogram". However, it is important to highlight that it is a use for anyone to do that does not exempt the visit to a cardiologist to perform the necessary exams.

What is said is that after a certain sequence "it is possible to have an electrocardiogram similar to a conventional electrocardiograph". This information brings to light of the debate the increasing quality of the sensors that equip these modern devices. 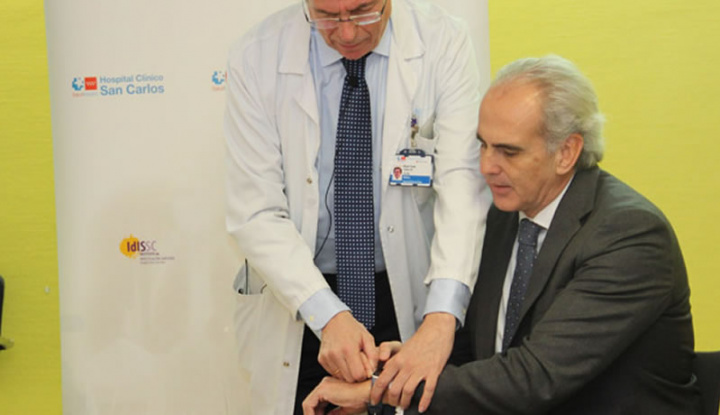 The heart under the eye

These do-it-yourself exams are of limited value. However, they can be important in helping to save time in making clinical decisions in a “delicate or borderline” situation, such as a heart attack. In fact, and according to the checks made by Dr. Cobos, the results are similar to those obtained with conventional equipment, both in healthy people and those with heart problems.

It is an absolutely relevant discovery that shows that technologies applied to health are advancing at breakneck speed and that they can play a very important role in care, diagnosis and monitoring.

The Minister of Health of the Community of Madrid, Enrique Ruiz Escudero, said.

Thus, the Apple Watch, like several other “wearable” devices, is an increasing bet to monitor the health and well-being of users.