Home Smartphones Board games on your smartphone [Android/iOS]

Board games on your smartphone [Android/iOS]

The times we face require us to stay at home. It is necessary to prevent, to keep us away so that the virus does not spread at an uncontrollable speed and so that the health services continue to have the capacity to respond. As such, distractions must be arranged within four walls and board games can be an excellent option.

Buy, sell and plan your way to wealth. This classic board game is available for Android and iOS, so you can play with your family at home, or with friends and family who are far away.

UNO! is one of the most fun card games for all ages. In this application you can form teams, create your own rules, play in challenge mode or in tournaments. There is much to explore.

If you have PlayStation 4 we suggest you also explore the UNO PlayLink.

Risk is a board and strategy game. It was invented by the French film director Albert Lamorisse and was initially released in 1957, as La Conquête du Monde ("The Conquest of the World"), in French. Now you can play it on your smartphone.

The objective of the Cluedo game is to determine who killed the victim of the game, where the crime occurred and which weapon was used. Each player takes on the role of one of the six suspects and tries to deduce the correct answer by strategically moving around a board representing the mansion's rooms and collecting clues about the circumstances of the other players' murder.

The Domino game needs no introduction. Through this app you can play online against your friends or family. You can also play alone with your smartphone as an opponent. It includes a series of game rooms and allows for tournaments. 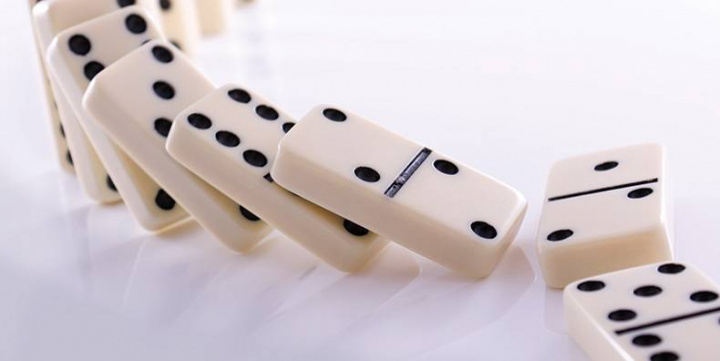