Does your child use Kali Linux? Prompt authorities immediately

Sometimes things come up on the internet that have a huge impact and reach. Recently someone shared a poster, which warns of the use of the popular Kali Linux distribution by the youngest.

According to the information on the poster, if you see someone using Kali Linux (even if it is your child) you should immediately alert the police! … it's Hacking!

The NCA (National Crime Agency) reportedly published a poster warning of the dangers of children on computers.

Contrary to what is normal, this poster warns of the use of the dark web, the use of virtual machines, the use of tools such as Metasploit, among others. 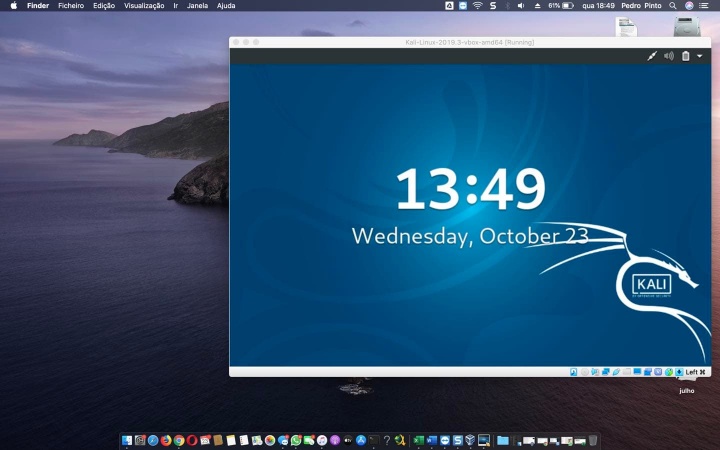 Kali Linux – the distribution of evil?

Kali Linux is an out-of-box Linux distribution, based on Debian, which has a set of ideal tools to perform security audits, computer forensics, security level tests, penetration tests, hacking, among others.

The poster circulates on the social network Twitter and some have already questioned the NCA for such information.

Dear @NCA_UK, as the STEM Ambassador, @CoderDojo volunteer, @CodeClub teacher and developer by trade, I ask you to please withdraw this misinformation – which is as wrong as it is inappropriate. Thank you.

In response, NCA stated that it was not involved in the production or publication of such a poster. However, the UK agency says that there are many tools that children with technical knowledge use. Some of these tools are used for legal and illegal purposes; therefore, it is vital that parents and children know how these tools can be used safely.

However, the tools are available in the system and ready to use. The internet then helps, as there are many tutorials that teach you how to use this distribution and its tools. Those responsible for distribution took advantage of the “free advertising” in the meantime… now see on here.