Home Linux Firefox problems? There is an update for Windows and Linux that resolves them

Firefox problems? There is an update for Windows and Linux that resolves them

It was last week that Mozilla introduced the latest version of Firefox. With this new browser, the brand has managed to bring users a more modular version, adapted to their needs.

However, in the versions dedicated to Windows and Linux, problems have arisen. To correct them, Mozilla has now launched a new version of Firefox, dedicated only to further improve the use of your browser.

Mozilla has updated its browser again

The new version, 73.0.1, is now available, mainly focused on Windows and Linux. Correct some known problems that prevented Firefox from being used fully. It does not bring anything new, but resolves outstanding issues.

In the case of Windows, several problems are solved. The main one was that Firefox simply stopped responding and ended up closing spontaneously and randomly. From what is known, this issue was associated with other security apps.

Windows had its problems solved

On the other hand, other issues were also resolved, which prevented access to some addresses and specific websites. These were blocked and did not pass the page of a new tab without giving any additional information to the user.

Also in Linux the scenario was similar, with the Mozilla browser crashing and ending up blocking the application. In practice, Firefox ended up closing and being unavailable. In this case, the cause was access to encrypted content. 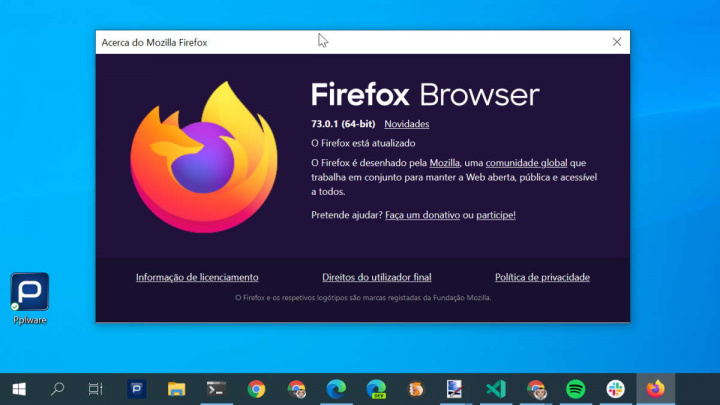 Firefox on Linux has an update

Also in Linux, the problem of accessing some sites was also present. It has been fixed and is now not expected to appear for users using this browser, both on Arch, Fedora Rawhide and many other Linux distributions.

This new version of Firefox is now ready to be updated in the Mozilla browser. Just look for the new version and let the browser handle the whole process. In the end, version 73.0.1 will be installed and in use.