One of the major barriers to the purchase of electric vehicles lies in the uncertainty about their autonomy. The truth is that there is not yet a satisfactory number of charging stations and the fear of getting in the way out outweighs the desire to adopt a more sustainable car. Thus, and after announcing the Mustang Mach-E SUV, the first 100% electric Mustang, Ford reveals that it will be possible to monitor and manage the autonomy of the car over the Internet, with the Intelligent Range system.

This feature is very important to help manage autonomy depending on the route. As we have seen, this system is already in many brands, in a similar format, as an essential tool. Now it’s Ford’s turn.

For the first time in 55 years, Ford is expanding the Mustang universe with the Mach-E SUV. The Ad was made in November 2019 in Los Angeles, USA, and impressed enthusiasts. In addition to being the brand’s first 100% electric vehicle, it represents a possible gateway to the world of electric cars.

With the Muscle car stamp, but full of elegance, well-known characteristics of the Mustangs, the car combines sports elements and modern technology. Thus, in addition to other novelties, it will be possible to calculate the battery life of the vehicle through the Internet. 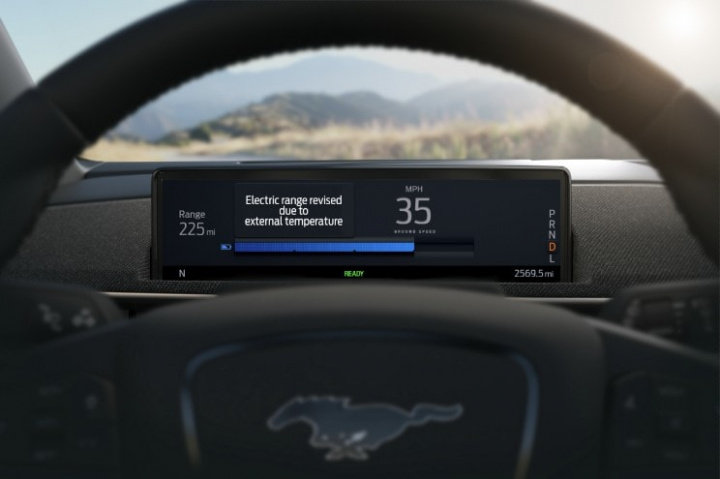 Intelligent Range: an asset that provides for ease

With an ordinary car, the driver is aware that he will have, along the way, several possible stopping points, if it is necessary to fuel. In the case of the owner of an electric, the stops must be thought out in advance and the autonomy calculated. This is because charging points are not guaranteed everywhere.

In this sense, the Ford created a system called Intelligent Range, for the Mustang Mach-E SUV. The goal is to calculate the range of the vehicle, taking into account several factors, which influence battery life. 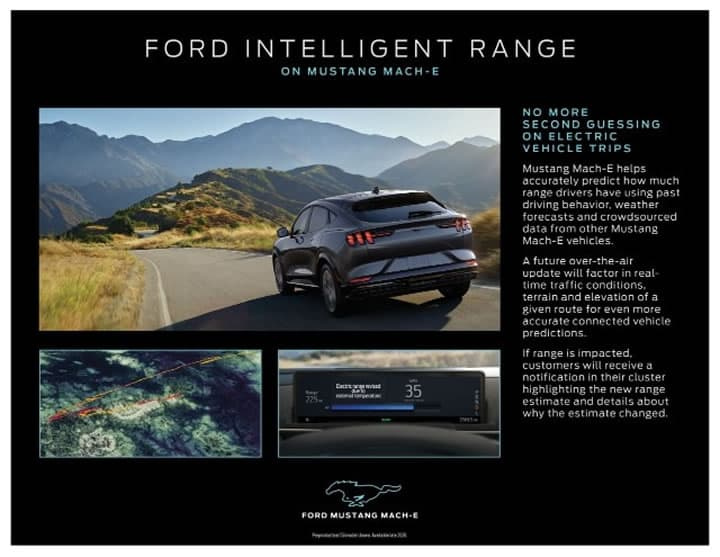 The system will merge the driver’s driving habits, weather forecasts and floor conditions. In addition, if connected, information collected from other Ford electric cars will be taken into account. This is to ensure that the system collects information regarding different circumstances, making the route more predictable for the vehicle.

Electric vehicle users must be able to rely on range estimates. People want to be confident that they will get where they want to go, whether they are on a trip, or returning home from work.

In addition, the American company intends to exploit the capabilities associated with the vehicle cloud (Cloud-Connectivity), including in the system the search for traffic data, in real time, road slope and terrain.

(8005)
$19.24
Formulated with POWER BOOSTERNo pre-wash needed! Cascade Platinum PLUS+ dishwasher detergent removes burnt-on foodCascade Platinum PLUS+ ActionPacs di... read more
(as of July 7, 2020 - More infoProduct prices and availability are accurate as of the date/time indicated and are subject to change. Any price and availability information displayed on [relevant Amazon Site(s), as applicable] at the time of purchase will apply to the purchase of this product.)

This model, which allows semi-automatic driving, should reach Portugal at the end of this year. Although there is no official price announced, it is known that in Germany it will be sold for values ranging between 47 000 and 62 000 euros.