Following its success with the P30 range, Huawei is already developing its successor P40, with which several innovations are expected. Now the Chinese brand has confirmed the graphene design and battery in its next high end!

With the implementation of this technology, the handset will have greater autonomy by being able to incorporate a larger capacity battery at the same volume… And Huawei will be the first to do so!

Huawei is already a solid reference in the world of smartphones, but aims to grow even more. For this, the development of your next flagship P40 Pro will be crucial. In this sense, the first rumor already tells us several specifications, especially the battery that uses a revolutionary technology and a surprising capacity of 5,500 mAh!

In addition to the battery with amazing capacity, a 50 W fast charging technology will be incorporated. 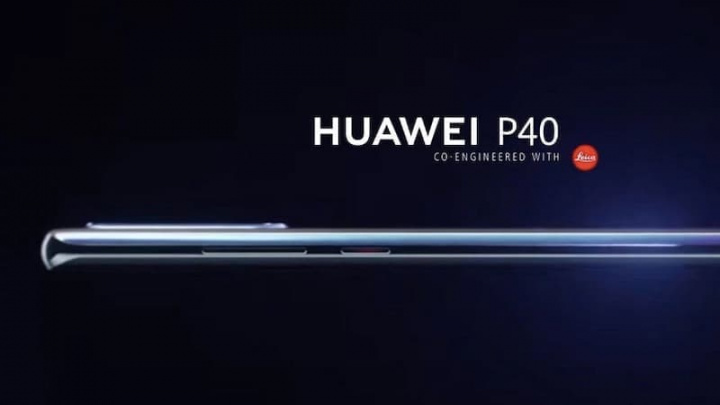 In addition, the smartphone will use graphene technology on the battery's electrodes and electrolytes. As a result, the battery only occupies 70% of what a conventional lithium-ion battery would occupy.

Rumors are confirmed by the manufacturer itself…

The information indicated by the rumors has now been confirmed by Huawei itself! The manufacturer's Twitter account, concerning France, posted these details in a meanwhile deleted tweet. 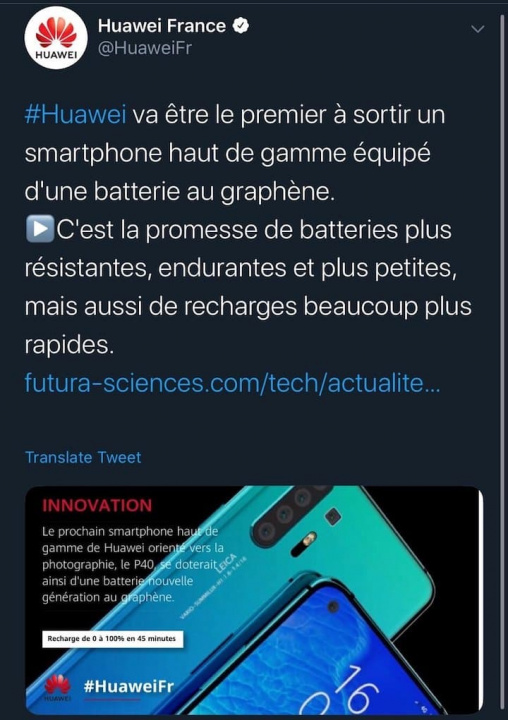 In the tweet you can still see a picture of the smartphone… Do you report us your design? Of course it may be just an in-house concept, but it still leaves us glimpsing the details that can physically characterize the Huawei P40… 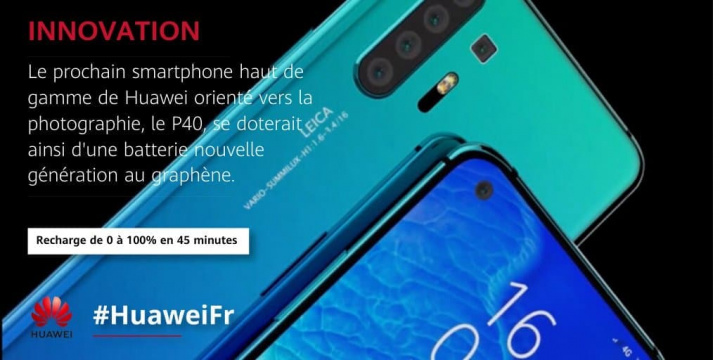 What stands out most is the presence of five photo sensors in the rear and the screen occupying the front of the smartphone almost entirely, with only a small hole to house the front camera.

What do you think about the news unveiled by Huawei France? Share in the comments!

Did you get the EMUI 10? 10 million Huawei smartphones have Android 10