Huawei patents a circular screen around the rear camera module

Nowadays we are witnessing an increasing trend of photographic sensors on the rear of the equipment.

Huawei now wants to make these rear modules more useful and has designed a circular ring-shaped display around the camera module.

Smartphone manufacturers, in order to offer the best photographic capabilities, are investing in the inclusion of more and more sensors. Some of the great flagships this year already have 5 cameras, thus covering a significant part of the rear with these components.

If for some these are excellent news given the increase in photographic quality, for others it conditions the beauty of the equipment.

In order to make the rear more complete and more useful, Huawei launched a patent for a circular display. This will be placed in a ring shape around the camera modules, allowing you to simplify the use of the smartphone.

This patent was registered in China in mid-2019, having been approved on March 20, 2020. From that date, it became included in the global design database of WIPO (World Intellectual Property Office).

Accompanying this patent, images were created that explain and exemplify the usefulness of this new screen and how it can be used on a daily basis. 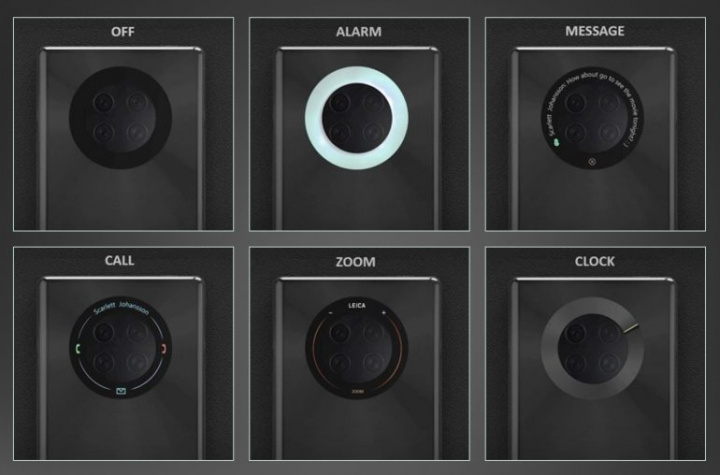 In the images we can see that Huawei transformed the ring around the camera module of the Mate 30 Pro into a circular screen. With this new component, the Chinese brand allows the user to take advantage of the back of the screen to perform some actions such as changing the page in an e-book, zooming when using the camera, reading a message, viewing the call alert and choosing whether to answer or reject, control the volume, among others.

Although the implementation of a screen is something new, this is a concept that Huawei has already used on a button on the Honor 8, which allowed it to perform some actions with scrolls or clicks on the fingerprint sensor. 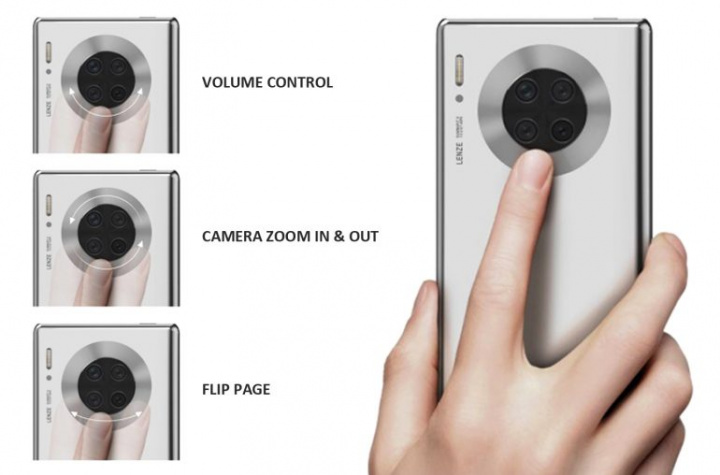 If for calls, messages, alarms or volume control this may be a useful idea, in other cases, such as the case of zooming when taking pictures, it may become a greater challenge not to put your finger on the sensors. In addition, Huawei will have to reinforce this screen and design covers that allow the correct use of this component.

Anyway, Huawei is thus focused on giving new ways of interacting with the smartphone to the user, in addition to trying to complement a rear increasingly punished with a large number of photographic sensors.