Everyone recognizes on Huawei smartphones an above average build quality and a unique photographic quality. Their equipment becomes classic and they are machines that last over time.

To continue some classics, Huawei recreates and updates its smartphones, thus launching new equipment. This step seems to be about to be taken with a top of the range. Very soon we will certainly know the P30 Pro New Edition.

There's a new Huawei on the way to the market

Until now, Huawei had only bet on its lower ranges to recreate new models. The Lite was the obvious choice, partly because of the success they have in the market, combining a set of solid hardware with a very affordable price.

(5615)
$16.99 (as of May 29, 2020 - More infoProduct prices and availability are accurate as of the date/time indicated and are subject to change. Any price and availability information displayed on [relevant Amazon Site(s), as applicable] at the time of purchase will apply to the purchase of this product.)

From what has now emerged, this step can also be taken at the top of the range. The choice will be for the P30 Pro, which thus receives a hardware update, especially at the level of the cameras and, probably, of the present SoC. 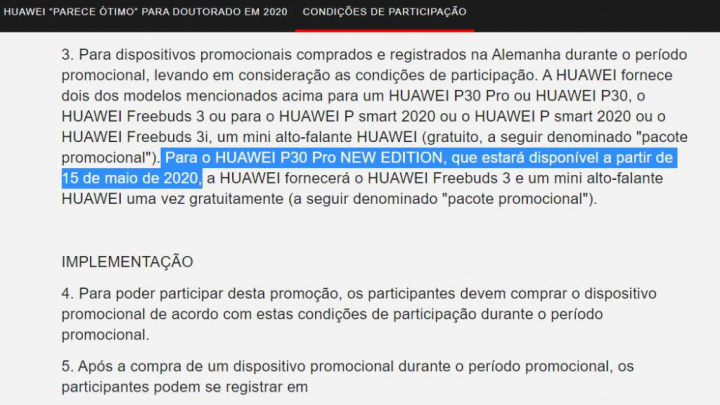 P30 Pro New Edition will be the next proposal

Another feature that is expected of the P30 New Edition is mainly the presence of Google services and apps. This could be a smart way for Huawei to bypass the U.S. blockade on Android and its services.

Just being a hardware upgrade, this is not really a new device. Thus, the rules to which it is subject are different. As the P30 Pro had access to Google services, it may also be aware of this offer from the search giant. 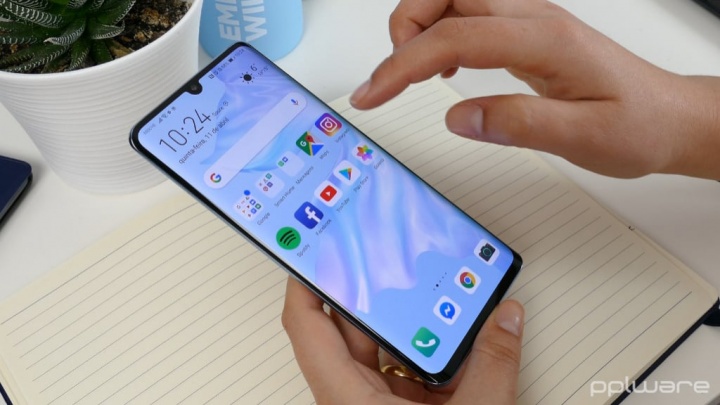 (27042)
$9.99 (as of May 29, 2020 - More infoProduct prices and availability are accurate as of the date/time indicated and are subject to change. Any price and availability information displayed on [relevant Amazon Site(s), as applicable] at the time of purchase will apply to the purchase of this product.)

The presence of Google services is an attraction

Not being a formal announcement and coming from Huawei, the information about the P30 Pro New Edition came in a brand page. The indicated launch date points to the next May 15th and, at least, will reach the European market.

If confirmed, this is an excellent bet from Huawei. The previous model was a success and this one, with better hardware, should also achieve the expected success. The presence of Google and its services and apps could also be an important factor in attracting consumers.