As usual, as the release dates of new equipment or new versions of operating systems are approaching, leaks about it are accumulating. IOS 14 is no exception and there are several rumors that are already circulating by the usual means.

Expectations are high, given that Apple introduced some hardware news. Thus, such hardware innovations are giving rise to hints about innovations in the Cupertino company's ecosystem. So what's next?

iOS 14: A new RA application on the way?

The next edition of WWDC is already at the door. This was announced for the 22nd and will only be broadcast online, due to the current situation of COVID-19. However, as it could not be otherwise, there are already several leaks that feed the expectation.

(20792)
$25.99 (as of June 4, 2020 - More infoProduct prices and availability are accurate as of the date/time indicated and are subject to change. Any price and availability information displayed on [relevant Amazon Site(s), as applicable] at the time of purchase will apply to the purchase of this product.)

One of the most recent leaks, by Josh Constantine, explains the possibility of the presence on iOS 14 of a new Augmented Reality application that Apple has been working on (Gobi), which seems to be able to read a new format of QR codes implemented by Apple. Constantine claims that the QR codes found open Mac Pro and Apple Watch websites, the movie “Star Wars: Rogue One” on iTunes and a link to the Starbucks Card. 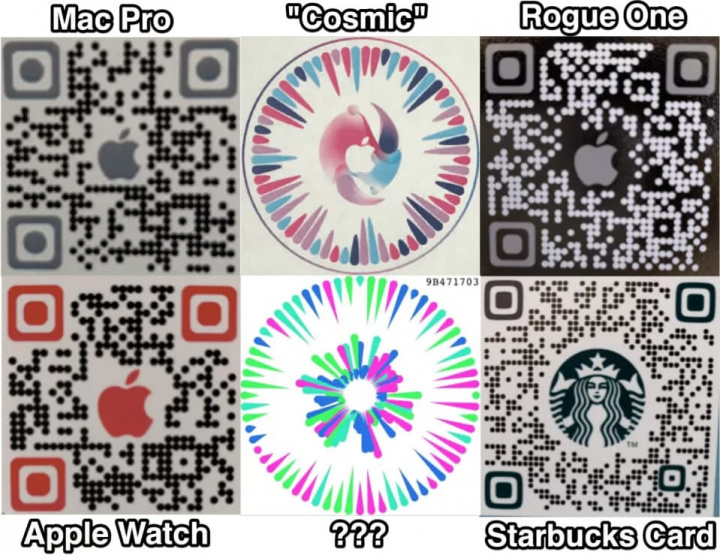 The code also appears to indicate references to a possible price comparison when searching for articles by the “Gobi”. Thus, and in line with previous rumors about a possible partnership with Starbucks, there were references to Starbucks discounts in specific locations. This scenario suggests that the Gobi application may present promotions based on the location of the equipment.

Obviously, we now need to know which partner entities are in this new app, since the codes mentioned above serve only as examples.

(3927)
$8.55 (as of June 4, 2020 - More infoProduct prices and availability are accurate as of the date/time indicated and are subject to change. Any price and availability information displayed on [relevant Amazon Site(s), as applicable] at the time of purchase will apply to the purchase of this product.)

Will it be even easier to find lost equipment?

The “Find” function is already well known, which allows, upon meeting certain requirements, to discover the last registered location of an iPhone, for example.

Apple now seems to want to take this function a step further, more precisely, using vibrations and sounds. That is, as long as equipped with another Apple device that has access to the account / location of the lost device (for example, an Apple Watch, or even an iPhone of someone you know). Thus, the equipment owner will be able to follow a series of vibrating and audible indications that will indicate if he is approaching or moving away from the equipment. In fact, it may be something like the “hot and cold” game we played as children, but in a much more technological aspect.

The idea will be to receive sounds that are perceived as encouraging when we approach the equipment, and more unpleasant sounds that will indicate that we are moving away. Obviously, not all details are yet known, nor the maximum reach of this new function, but it still has tremendous potential when it comes to recovering lost equipment in the vicinity. 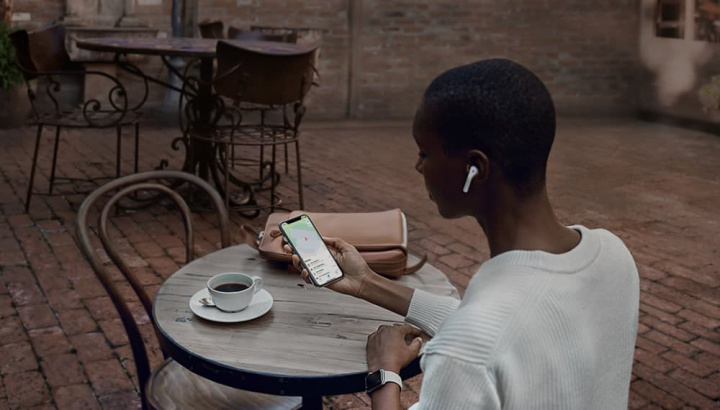 (9140)
$5.97 (as of June 4, 2020 - More infoProduct prices and availability are accurate as of the date/time indicated and are subject to change. Any price and availability information displayed on [relevant Amazon Site(s), as applicable] at the time of purchase will apply to the purchase of this product.)

Apple leaves the door open for much more to discover…

In addition to these news, there are still rumors that indicate that Apple should present a new Fitness app, new features in the Messages app, namely in the iMessage service (one of the news is to identify people using an @, which will be particularly useful in conversations group, another will have to do with the possibility of deleting a message after it has been sent). In addition to these, there will be a new feature called “CarKey”, which will allow an iPhone or Apple Watch to lock, unlock or start NFC-compatible vehicles, among others.

According to the news, Apple seems focused on delivering new experiences with its iOS14, which may indicate that this year, we will have a new iPhone completely remodeled both in Hardware and in Software.

IOS 13 is compatible with the following devices:

With iOS 14, Apple is expected to drop support only for iPhone SE, but it wouldn't be a surprise if the company also dropped iPhone 6s and 6s Plus. Or do not drop any of those that are supported on iOS 13.

(16766)
$23.98 (as of June 4, 2020 - More infoProduct prices and availability are accurate as of the date/time indicated and are subject to change. Any price and availability information displayed on [relevant Amazon Site(s), as applicable] at the time of purchase will apply to the purchase of this product.)

By Sérgio Gonçalves for Pplware