Apple, year after year, has been betting on bringing more technologies to the iPhone, some already mature, such as NFC and wireless charging, and other innovative ones, such as Touch ID / Face ID or Apple Pay. However, in recent years, the focus has been on the ability to show and capture images. If on the iPhone X the company debuted the OLED Super Retina HD screen and Face ID, on the iPhone 12 Pro the rumors refer that these points will all be improvements.

There are already several rumors surrounding the iPhone 12. Now it is said that the iPhone 12 Pro will have a 120 Hz screen and more!

According some rumors, Apple is currently testing a 120 Hz screen on the iPhone 12 Pro, including the largest model that will have a 6.7 inch OLED screen.

$89.99 (as of May 29, 2020 - More infoProduct prices and availability are accurate as of the date/time indicated and are subject to change. Any price and availability information displayed on [relevant Amazon Site(s), as applicable] at the time of purchase will apply to the purchase of this product.)

The company will be interested in switching to 120 Hz instead of just 90 Hz. However, like the iPad Pro, a system would be provided to automatically vary the screen and switch between 60 Hz and 120 Hz, depending on the user usage. There is no point in having the screen at 120 Hz when watching a video on YouTube, for example. 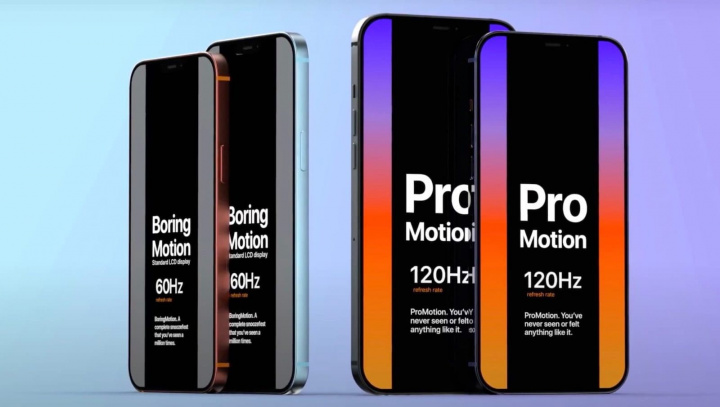 A 120 Hz screen can help with the battery. It is not what you are thinking, in this case, it helps because the structure can grow and, with that, the battery can be bigger. So, as the rumors say, the iPhone 12 Pro will have to have a bigger screen, because the optimization at the iOS level will not be enough and this will be used to increase the size and capacity of the battery! The new one could reach 4400mAH. It may also bring 5G, but we will return to this technology on the iPhone.

In addition to the screen, it is announced that the notch, the famous notch, will be smaller. According to the ideas that form the rumors, improvements are planned in the TrueDepth camera system. This will cause a Face ID to handle wider angles. In addition, this technology will bring better overall facial recognition.

(4225)
$5.95 (as of May 29, 2020 - More infoProduct prices and availability are accurate as of the date/time indicated and are subject to change. Any price and availability information displayed on [relevant Amazon Site(s), as applicable] at the time of purchase will apply to the purchase of this product.)

iPhone 12 will have LiDAR as an asset

As we know in what was launched on the new iPad Pro, LiDAR technology will help to improve what already exists. As such, the combination of technologies will open new doors, new ways to use the iPhone and iOS 14.

Thus, it is expected to combine this technology with the existing camera modules, in order to improve photography in general, but to innovate with more content.

The iPhone 12 prototypes are expected to be completely finished by the end of the month. So, we should get to know the “final design” around June, thanks to the already known information leaks.