Learn how to easily install the popular Putty on Linux

System administrators (and not only) have certainly used the popular Putty app! With this tool you can remotely access devices that support protocols such as telnet or SSH. It also allows console access (Serial) to devices with switches, routers, etc.

This tool is widely used on Windows systems, but also works on Linux! Know how to install.

True, whatever the Linux distribution, you don't need Putty for remote device access. The Linux terminal has support for telnet and SSH protocols. However, Putty can function as a graphical access profile manager.

How to install popular Putty on Linux?

Putty installation is relatively simple. For Ubuntu and derivatives, you just have to add the required repository and install the tool. Simply enter the following commands:

To run Putty, simply execute the putty command on the terminal. 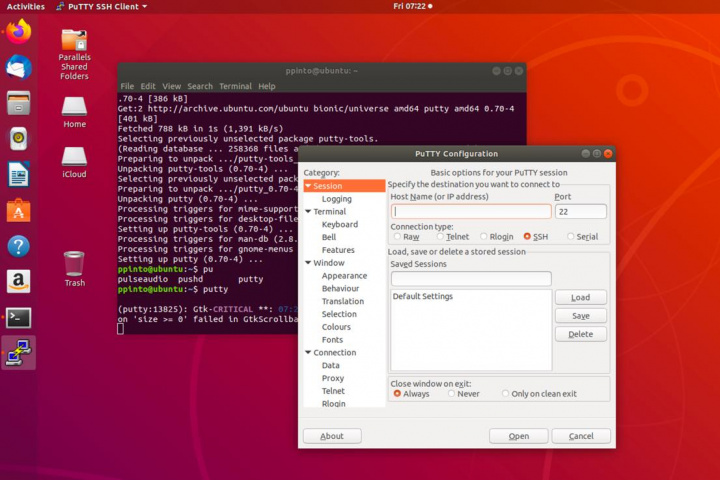 If you want to install Putty through the source code of the tool, just use the following commands:

If you're a fan of the small but powerful Putty tool, you now know how you can install it on Linux. For serial connections, there is also the minicom tool – see here.