Is it today that you will try a Linux distro? Usually there is almost talk of distributions for conducting penetration tests (eg Backtrack or Kali), there is an immediate tendency to associate with hacking and other less decent computer activities. We all know that security in information systems is a sensitive point and increasingly, a major cause for concern on the part of users of any type of network, be it local or Internet.

Recently, those responsible for the BackBox Linux project announced version 7. Let's get to know the news.

The BackBox is a GNU / LINUX distribution to perform some audits on our systems and networks… .concept that they often call ethical hacking!

This Linux distribution, based on Ubuntu, whose main objective is to provide users with a set of tools for conducting penetration tests on data networks and assessing security. 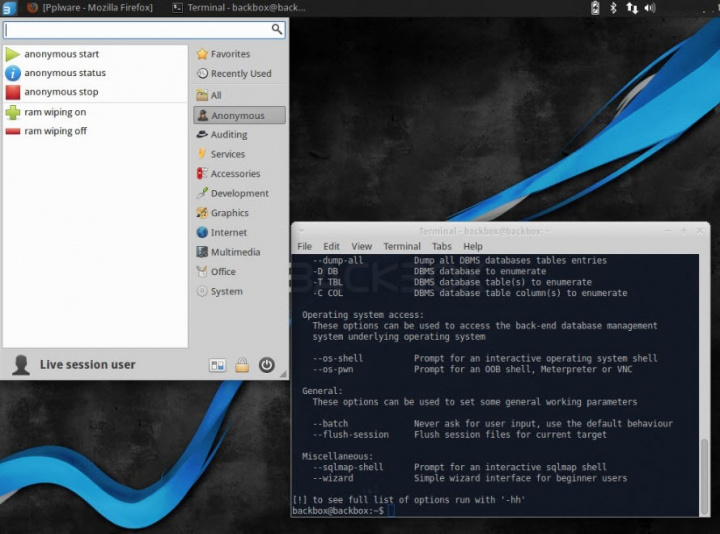 Since it is based on Ubuntu, the BackBox has many features present in the Canonical distribution but also some bets that make a difference, as is the case with Xfce as a working environment (which is available on Xubuntu). It should be noted that the version of this distribution is already based on Ubuntu 20.04 LTS.

See how easy it is to install this new version of the BackBox.

If you are curious about the world of computer security then try the BackBox Linux and test some of the tools that are available in this distribution. Do not forget that this distribution should only be used in an academic environment or for audits.

(1021)
$12.95 (as of May 30, 2020 - More infoProduct prices and availability are accurate as of the date/time indicated and are subject to change. Any price and availability information displayed on [relevant Amazon Site(s), as applicable] at the time of purchase will apply to the purchase of this product.)

Learn how to install Virtualbox Guest...

Online classes or teleworking on Ubuntu?...

Tip: How to install and configure...