Everything suggests that the May update of Windows 10 is already ready by Microsoft. As is normal, the brand will be finalizing the necessary tests so that the whole process runs smoothly and without problems.

It is unclear when Microsoft will launch this new feature, but some information has emerged over the past few days. The most recent came from within the company itself and shows that the new version of Windows 10 arrives at the end of the month.

Over the past few months Microsoft has been preparing the next version of Windows 10. This May 2020 update will be almost here, with a large batch of news and improvements that will bring a new glow to this system.

(1626)
$189.99 (as of June 4, 2020 - More infoProduct prices and availability are accurate as of the date/time indicated and are subject to change. Any price and availability information displayed on [relevant Amazon Site(s), as applicable] at the time of purchase will apply to the purchase of this product.)

The final version has already been chosen and everything pointed out that it would soon reach users. This would be made available gradually and in stages, to control problems. The truth is that a last minute problem ended up delaying this process.

Windows 10 update already has a date

Now, and according to what Microsoft itself revealed, this new update should arrive at the end of May. The dates indicated reveal that it should happen between the 26th and the 28th, that is, within 2 weeks.

This data came from the Driver Shiproom Schedule, where the new map features these dates. Of course, it can be changed at any time, in case of problems or a serious failure that compromises the Windows 10 update. 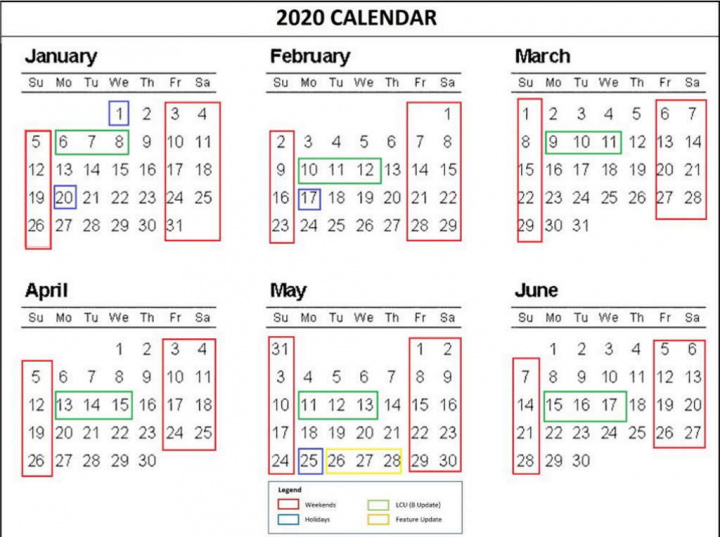 Microsoft will have news in May

These dates, in particular the 28th, had already been put forward before. There will be specific and dedicated moments for manufacturers to prepare for this arrival. Of course, the final moment is when the May update is made generally available and open to everyone.

Microsoft has a lot of news prepared for this new version and these will be made public soon. It is expected to be a simple and hassle-free process, so that everyone has access to the news that were created.

Microsoft changes Windows 10 so that...

Microsoft continues to invest in Android...