Microsoft periodically releases updates for Windows 10. The dates are well known and expected by users to resolve and correct problems that arise over the months and usage.

There are several levels of these updates, from urgent security to less critical ones. Now, and unexpectedly, Microsoft has announced that it will pause optional Windows 10 updates.

A wise decision from Microsoft

Every second Tuesday of each month, Microsoft releases its monthly updates for Windows 10 and other products. These are, as a rule, classified as urgent and compile all corrections that have been created in the meantime.

In an unexpected decision, Microsoft has now announced a change in its updates. The options will be put on hold as of May, so that you can focus on improving the update and news delivery processes.

Another reason seems to be associated with the security and stability of Windows 10. The software giant wants to ensure that this system works perfectly and without any problems. Thus, users do not need to worry about their systems. 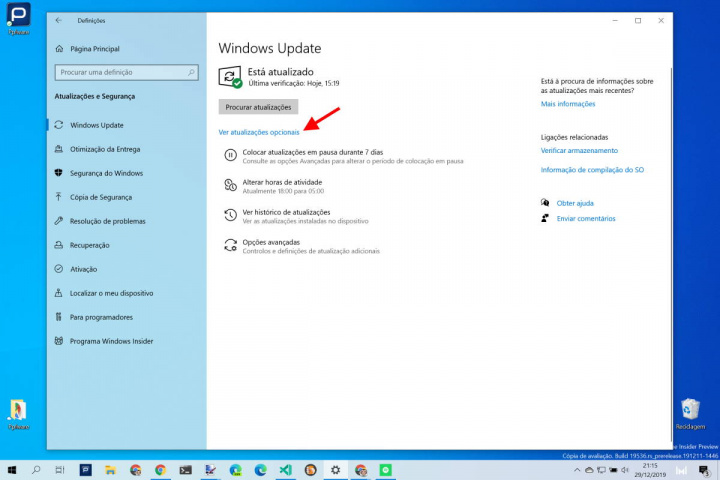 According to what was revealed by Microsoft itself, this decision came after an assessment of the public health situation. With more and more people working from home, it is important to ensure the stability and security of Windows 10.

A more stable Windows 10 for everyone

Of course, this decision does not, however, jeopardize the normal security updates, coming on Patch Tuesday. They are guaranteed and will arrive on the same planned days. Only C and D (3rd and 4th week of the month) will be interrupted indefinitely.

With this measure, albeit temporary, Microsoft guarantees all users greater stability in their systems. The fact that they are in isolation makes access impossible and that could cause problems in an update that did not go well.