Home Auto Nikola presented his Badger pickup! It will be the competitor of Cybertruck …

Nikola presented his Badger pickup! It will be the competitor of Cybertruck …

The electric market is in full swing. More and more brands present their proposals, now in areas that go beyond the traditional models and that we get used to seeing. They are not experiences, but models that we will soon see on the roads.

After we have seen Tesla Cybertruck appear, it is time for one of its competitors to present its proposal. We are talking about Nikola Motors, which revealed Badger, their pickup, to the world.

Badger, the next pickup to hit the market

Nikola has been focusing on electric vehicles for some time, but in a different vein from Tesla and other competitors. This American company has dedicated itself above all to heavy vehicles and is preparing to have trucks and the like on the market.

Now, the company presented finally a first proposal in the field of off-road vehicles. We are talking about Badger, your pickup created to compete, probably, with Tesla's Cybertruck. The brand certainly hopes to have this van on the market as early as 2020. 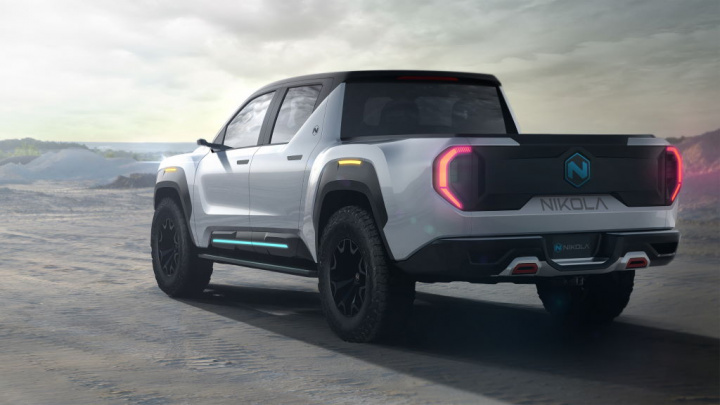 A Nikola weapon in the electric market

Badger will be able to travel almost 1,000 km on a single charge and will also have a powerful start. The mark points out that it takes only 2.9 seconds to reach 60 miles / h (96 km / h). At peak, it will have the capacity to produce more than 900 horses.

To achieve these values, Nikola's van will use two types of energy storage. Being fully electric, however, it will have a version in which it will be hybrid, using a hydrogen fuel cell. This fuel will also be converted into electrical energy.

Tesla Cybertruck will have serious competition

Although it is still only a concept, Badger will face some problems now. The supply of hydrogen is still not widespread, which could be an obstacle to its arrival on the market. Of course, there will be a fully electric version, but with reduced performance.

There are already many proposals almost reaching the market. Tesla has its Cybertruck, a new Hummer will soon arrive and even an electric Ford F150 is expected. After the cars are prepared for the roads, it is time for the trams to reach new areas, even though certainly without roads.