Teslas are not vehicles like any other, but they are complete, innovative machines with several useful features even in areas you would not have imagined.

Norwegian police are now betting on Elon Musk’s company cars to help investigate a crime and search for the criminal.

Last Sunday, someone tried to set fire to the home of the mayor of the city of Sandefjord, Norway. Local police have launched an investigation into the crime considered an attempted murder.

(8044)
$7.99
10 cans of creative fun kids can get creative with just the right colors They need in this Play Doh 10 pack of 2 ounce cansJust the right colors to st... read more
(as of August 7, 2020 - More infoProduct prices and availability are accurate as of the date/time indicated and are subject to change. Any price and availability information displayed on [relevant Amazon Site(s), as applicable] at the time of purchase will apply to the purchase of this product.)

For now there is still no suspect, but the Norwegian police are calling an important ally in this investigation.

Teslas called by Norwegian police to help uncover a crime

Electric and autonomous cars from Elon Musk’s company are being called on to help investigate the crime that occurred last Sunday.

The reason for this request for special assistance is due to the surveillance camera system integrated in the Teslas. Through this system, cars will be able to help the police in Sandefjord identify the perpetrator who tried to set fire to the mayor’s home.

The system in question is called Sentry Mode, or Sentinel Mode, and protects against burglary and theft through 360º surveillance around Tesla vehicles. 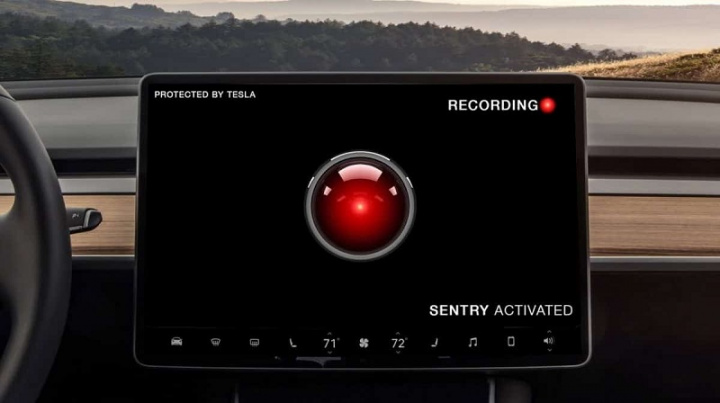 (1244)
$4.55
Easily repositionable before setting permanentlyApplies smoothly and dries clear for a mess free appearanceIdeal glue for poster presentations, crafts... read more
(as of August 7, 2020 - More infoProduct prices and availability are accurate as of the date/time indicated and are subject to change. Any price and availability information displayed on [relevant Amazon Site(s), as applicable] at the time of purchase will apply to the purchase of this product.)

With this mode active, the system monitors everything that happens around the car. And if someone approaches the vehicle, the system automatically starts recording the images captured by the cameras.

Norwegian police are thus looking for Tesla owners who have this surveillance mode enabled, to assist in the criminal’s searches.

This feature has already helped several Tesla car owners to identify people who have caused some kind of vandalism. However, this is the first time that the surveillance and security system will be used in the context of a criminal investigation.