Smartphones with folding screens are gaining their expression in the market. Despite many prototypes and announcements made, Samsung with the Galaxy Fold and Motorola with the Razr 2 are the brands that really have left their fears behind and already have their products in circulation.

The Samsung Galaxy Fold goes pre-sale today in Portugal and we had the opportunity to take it out of the box and use it for a few days, enough to give you some of the first impressions.

It was last November 26th that Samsung made its Galaxy Fold known to the national market. This model stands out essentially for its concept. It is after all a smartphone whose screen folds, giving the user an incredible viewing area. Almost like a smartphone that turns into a tablet.

This product arrives in Portugal as an anticipation of Christmas and may already be pre-booked for the price of € 2,049.90. On the other hand, the 5G model will have an added cost of around 100 €. However, it will finally hit stores only on December 23rd.

Before making any considerations regarding the Samsung Galaxy Fold you have to go through its specifications.

Firstly, Galaxy Fold does not have one, but two screens. The 4.6 inch screen is positioned on the front of the machine when it is closed. The interior screen, when open, is 7.3 inches. 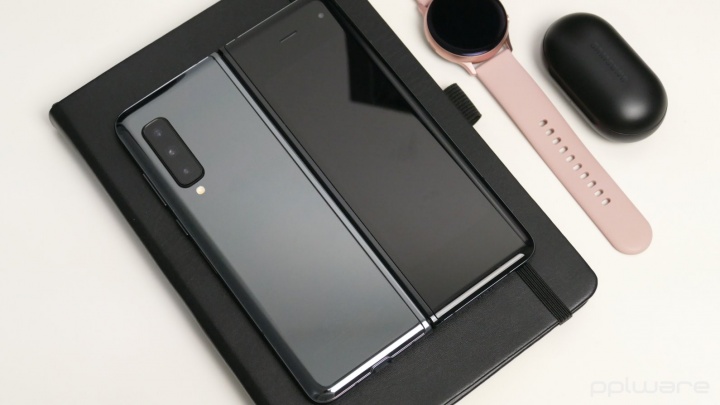 The cover screen is SuperAMOLED with HD + resolution and a 21: 9 aspect ratio. The main screen has Dynamic AMOLED technology and a QXGA + resolution of 2152 x 1536 pixels. This is what Samsung has termed Infinity Flex Display, which literally means something like infinite flexible display.

A set of 6 chambers

The Galaxy Fold also comes equipped with 6 cameras. The three-chamber main module is located at the rear. Then, still on the cover, but in front, next to the smaller screen, there is a single camera. Finally, when you open Fold, you will find yet another two-chamber module. 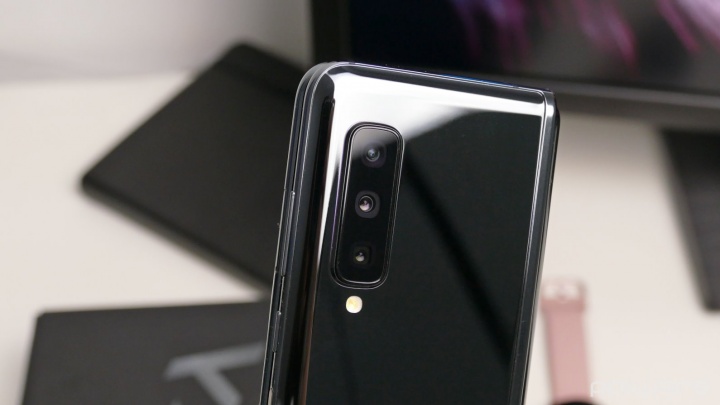 Additionally, the cameras offer optical zoom from 0.5 times to 2 times and digital zoom up to 10 times. They offer scene optimizer, capture suggestions, as well as various modes, ranging from Pro and Panorama mode to Slow Motion and Hyperlaps. 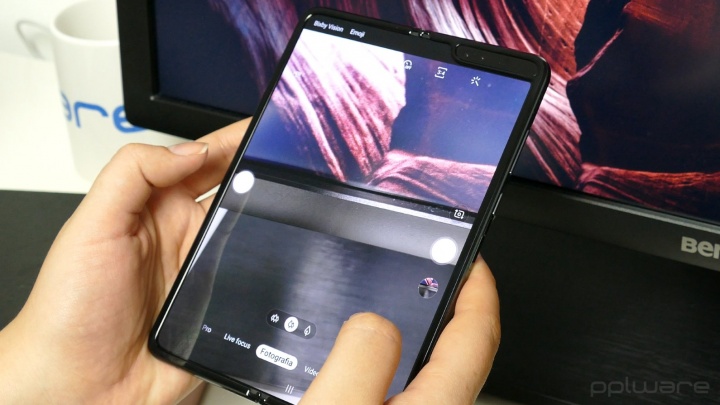 The Samsung Galaxy Fold comes equipped with a 4380mAh battery. However, the 5G model has a lower capacity of 4235mAh. 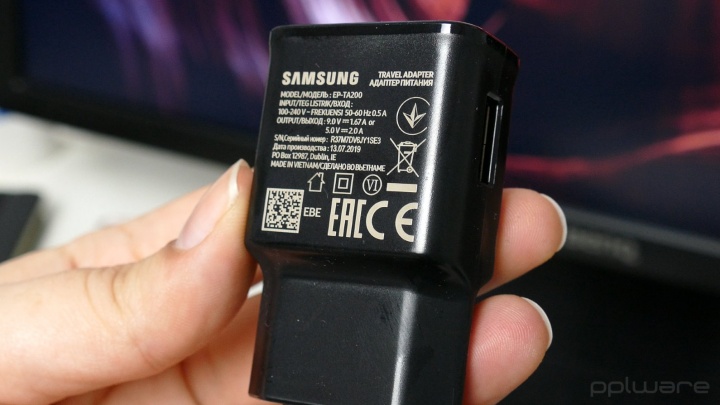 It is possible to say right now that we are not yet able to come up with considerations regarding autonomy. But it is something that will be evaluated in a more detailed analysis.

Processor, connectivity and other specifications 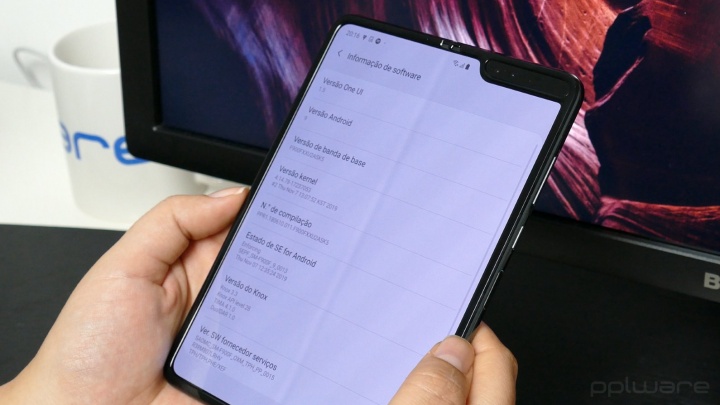 Android comes in version 9.0, with One UI user interface, developed by Samsung itself. It also has Wi-Fi ac and ax, Bluetooth 5.0, USB Type-C and NFC.

Fold comes with a host of sensors, but what's most surprising about all this technology is fingerprinting. A simple capacitive sensor placed on the side of the smartphone. 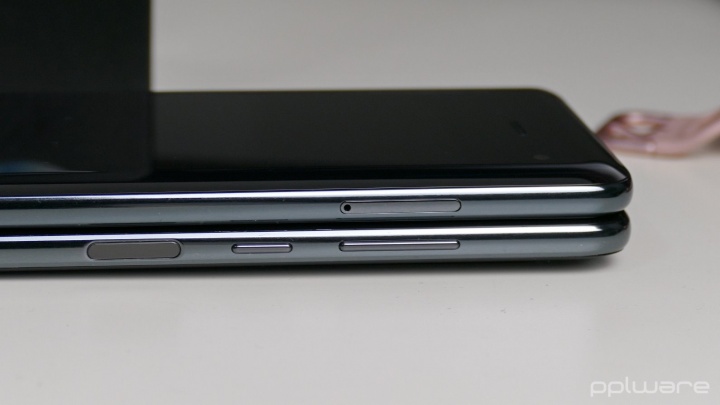 The contents of the Fold box are quite complete. In addition, the entire box is recyclable, in a continuous action to minimize Samsung's ecological impact.

Thus, inside the box we can find:

Samsung Galaxy Fold can be found in Space Silver and Cosmos Black.

Fold presents itself as an imposing smartphone. Its entire structure is impressive at first glance. 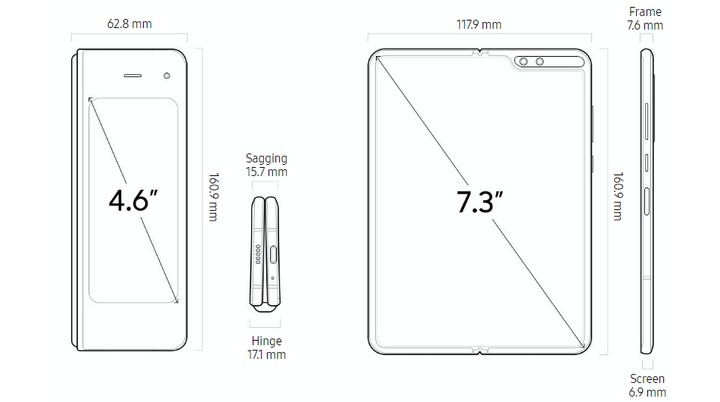 Still on this issue, the frame area of ​​the smartphone is outside the 0.7 mm screen. This is necessary so that the screen does not touch when it is folded.

In the hinge area, in the act of opening and closing a slight force exerted. Therefore, these gestures should also be done with both hands.

But the screen in this area reveals a clear depression. It is natural for this to happen, however, it is not exactly pleasant to look at. 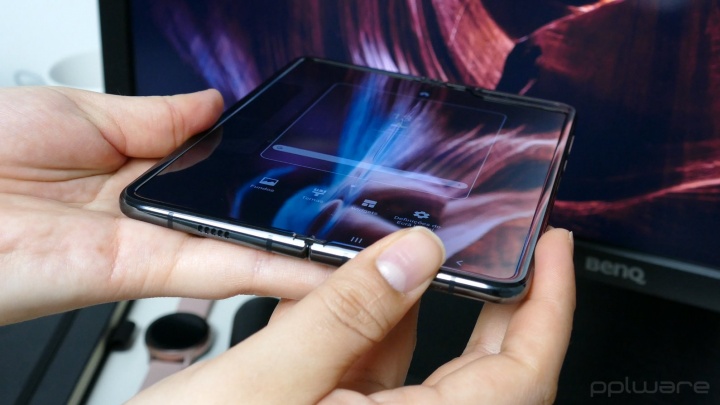 The display, also due to its technology, seems not to have allowed Samsung the oleophobic protection that we are already used to in the high end. So by that I mean, that is quite susceptible to fingerprints (hard to clean). The same is true of the whole structure. Unfortunately, this is one of the least positive aspects to highlight in an initial assessment.

There are still some details of desgin to highlight. The back cover is the most "Samsung" we have in this Fold. Everything else is a step forward. The screen of the cover is quite well integrated into the structure, but it does cause some awkwardness due to its too wide margins. 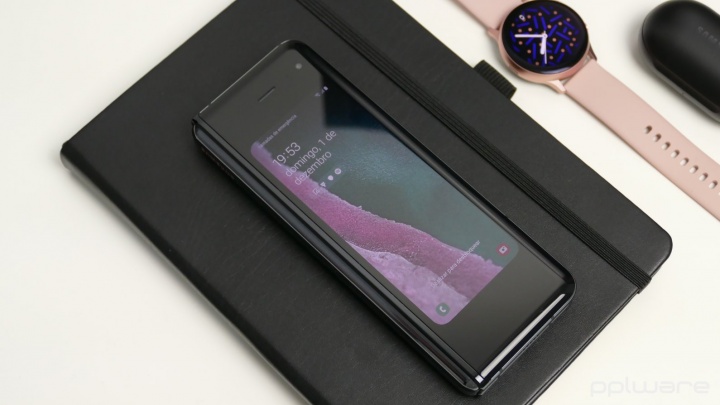 Already near the main screen, cameras placed in the upper right corner, protected with a frame, do not disturb at the moment of use, even when viewing multimedia content. 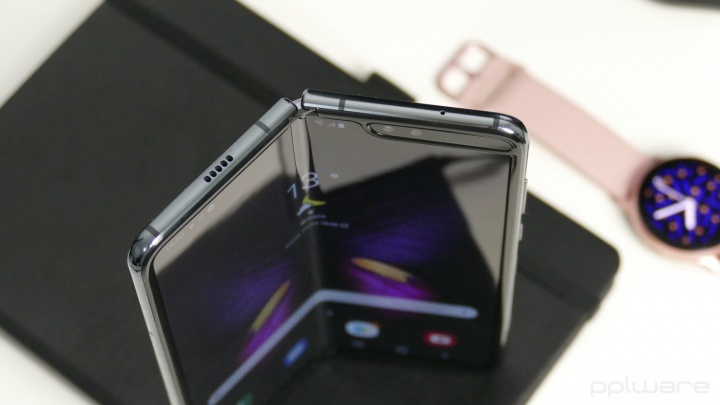 In order to evaluate Fold's performance on a daily basis, it is clear that two days of use is not enough at all. However, in this first approach, Fold proved to be a fluid device. In addition, the transition of use between screens also surprised.

At this time, we could still detect some interface optimization issues. But of course, by the time they are released, they will certainly be resolved. 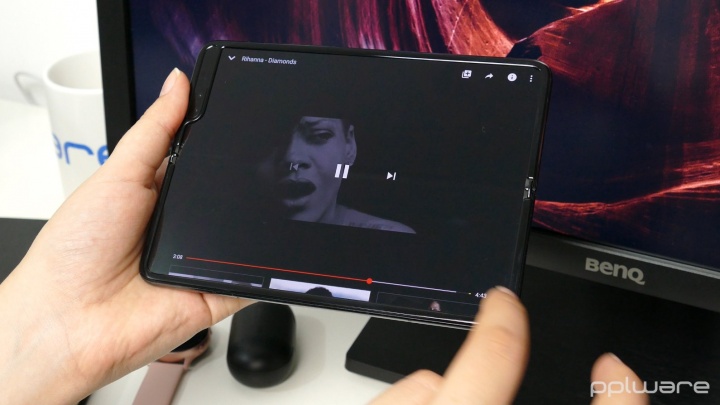 When you start any activity on the front screen, when you open the smartphone, all content will exist on the main screen. This option is interesting as tasks that require a larger screen or a better user experience do not need to be stopped and resumed. By default, when you close your smartphone, then yes, tasks are completed and not expanded to the cover screen.

The experience with the cameras is also interesting because they can be used in any configuration of use. Whether the smartphone is open or closed it is always possible to take photos with the main module and also selfies. 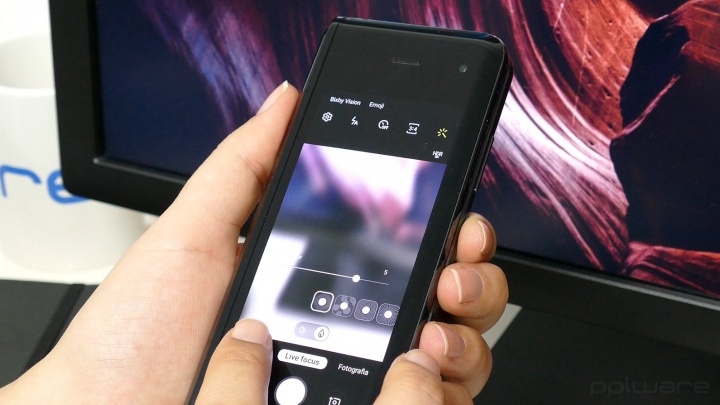 The results, by some examples taken, revealed the Samsung quality we are already used to. Later in the future, we will present concrete examples. 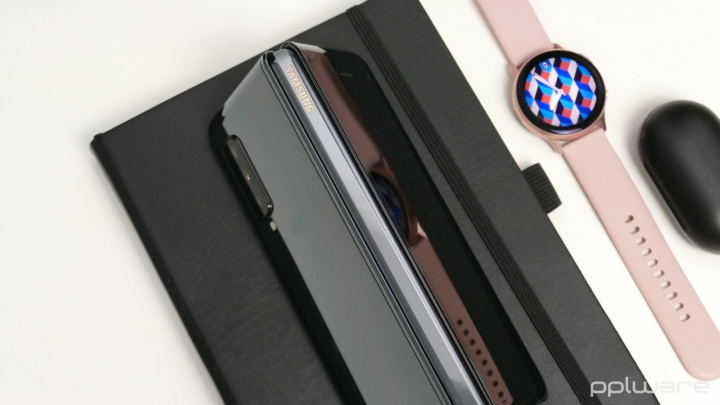 When using Fold, something that I felt like having in my hand was an S Pen… Samsung got us used to it badly. A screen of this size, all Samsung features available, nothing better than this accessory to increase the productivity of a device of more than 2000 €.

The Samsung Galaxy Fold is already pre-sold in several national stores and will hit the market on December 23rd.