Siemens has an order for 20 fully electric battery-powered trains

On the roads, in the water, in the air and on the rails, the idea is to have everything electric. We can say that it will be the future, but we have to get there. In this sense, Siemens Mobility, the mobility division of the German giant, has just received the first order for its all-electric trains. Who ordered the 20 trains was the public railway company in the federal state located in southwest Germany, Baden-Wuerttemberg.

The order has twenty Mireo Plus B electric trains, a model that completely abandons any type of diesel engine and is powered under all circumstances by electricity.

With this order, the state of Baden-Württemberg becomes the first customer of the new local emissions-free trains. The Siemens Mireo Plus B unit can operate connected to the catenary of the railway line, as usual, but it can also travel up to 80 kilometers (in real conditions), supporting only the energy stored in the lithium-ion batteries.

The batteries can be recharged through the catenary, taking advantage of the structure. In addition, the braking or deceleration system itself also provides energy, as is the case with electric cars. 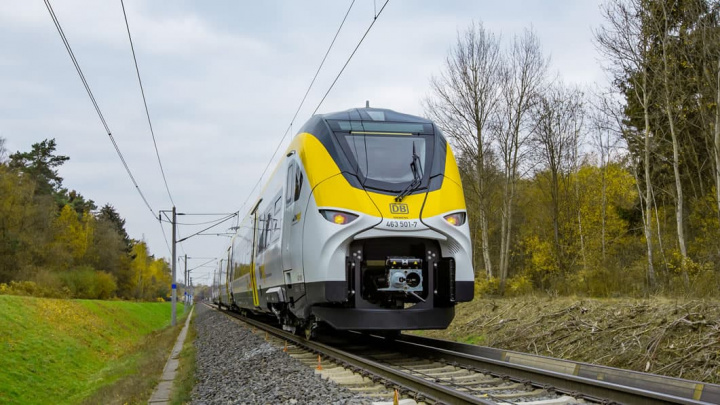 Batteries mounted under the carriages

Space is not exactly the problem for mounting batteries. Thus, these units have the batteries mounted under their structure. Each carriage has a capacity for 120 passengers and a unit consists of two wagons.

The delivery of the trains is scheduled for December 2023. Thus, the date from which they will start operating on regional routes is also scheduled. According to the Bundesland chief of transport, Winfried Hermann, it is the first time that battery trains have been used in this state.

The trains will be built at the Siemens Mobility plant in Krefeld, Germany, and the project will require an investment of 77 million euros over a 28-year period. In addition, the contract signed between the parties has also contracted the maintenance of the trains by Siemens for a period of 29.5 years. All the information was made known Siemens on its website.