The technology available on our smartphones is to be used when we need it. Virtual assistants, often unloved, are an important tool even to help save lives. It was Siri, but it could have been Alexa, Cortana or Google Assistent.

Apple's virtual assistant helped save a teenager after his car fell into a frozen river.

The news comes to us from United States and realizes the usefulness of Apple's digital assistant Siri. Thus, this system proved to be instrumental in rescuing a teenager who drove into a frozen river.

Gael Salcedo, an 18-year-old college student, was driving toward his North Iowa Area Community College. Then, as he passed a freezing zone, his jeep collided with a piece of ice. Salcedo lost control of the vehicle, which drove off the road and crashed into the Winnebago River.

I turned right and from there, everything went cloudy. I didn't know where I was going, I just didn't know what to do. I just thought, "I think I'm going to die."

Were Salcedo's words to a chain of TV.

Realizing that he was in the river, the young man opened the windows, startled by the idea that his car might sink. With the ice and water of the Winnebago River with freezing temperatures, the scenario was highly unfavorable for the teenager.

As a user of modern technology, Salcedo had a happy idea. Not knowing where his iPhone was, he knew there was a phrase that woke up Apple's virtual assistant. Crab could be a great help in saving yourself.

I lost my phone and since I couldn't find it, I was like "Hey Siri, call 911". When Siri started calling, I finally found my phone.

With directions given, Mason City firefighters quickly arrived to rescue Salcedo from the icy waters. However, the river current was holding the driver's door. With the rapid rise of the waters, the firemen could not reach the car and it was necessary that Salcedo got out of the vehicle and entered the river. 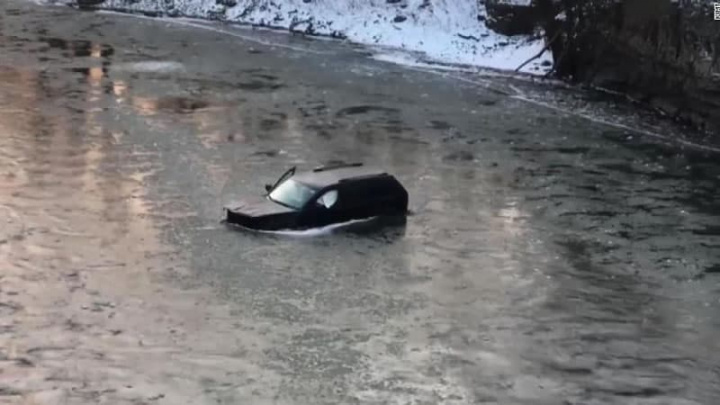 The firefighters later reached the teenager, although they said it was not an easy task due to the force of the current. Despite being a complicated rescue, Salcedo was taken from the river and quickly taken by ambulance. She was in shock but was discharged from the hospital after three hours.

In short, we often have to pay more attention to what we have at hand. Virtual assistants, smartwatches and other devices that we use permanently can be an indispensable aid.