If you are a Spotify fan and like to share the songs with your group of friends then the good news is coming. The music streaming service has launched a new feature that allows you to listen to your list of topics with friends who are far away.

For now the feature is still in the testing phase, is available in the beta version of the platform and only for users with a premium account.

In this phase in which we are being asked for confinement, due to the COVID-19 pandemic, many groups of friends and family have organized themselves on different platforms so that, even physically far away, they can do activities together.

One of the hobbies chosen to spend time with those you love the most is listening to music together. And now Spotify is working on a feature that perfectly matches the most demanding musicologists.

One of the most famous music streaming services is test a very interesting feature. This week, Spotify launched for the test version of its mobile application an option that will allow the user to listen to the favorite themes with his group of friends, even if they are far away.

Named Group Sessions, this novelty will make it possible for several people to connect to the same music session, and can also control the streaming activity. That is, each session will have an administrator, or host, who will control all the activity of the group. The administrator sends a code, possibly QRCode, so that other participants can join the session. 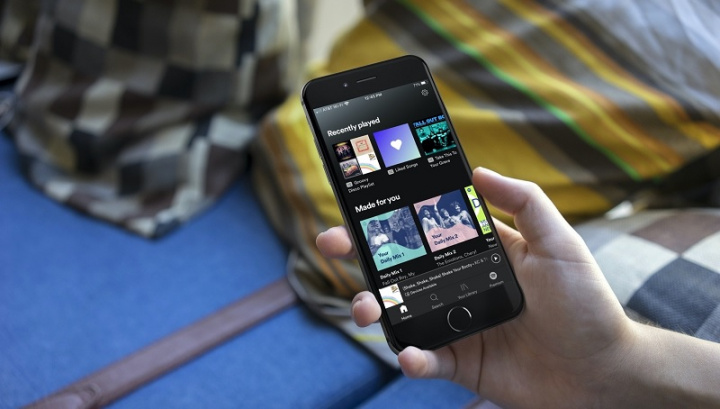 After joining the session, guests can control songs in a variety of ways, such as pausing, playing, fast-forwarding, rewinding, and even adding or removing tracks from the playlist. All changes made will be updated in the accounts of all elements present.

(4518)
$94.00 (as of June 4, 2020 - More infoProduct prices and availability are accurate as of the date/time indicated and are subject to change. Any price and availability information displayed on [relevant Amazon Site(s), as applicable] at the time of purchase will apply to the purchase of this product.)

However, some information is still unknown, such as the number of people allowed in each session. But, The Verge, Spotify said that this feature "evolves over time, according to user feedback".

For now this feature is available in the beta version of the mobile application of the music streaming platform, and only for premium users. Spotify has endeavored to improve its service, having recently implemented several interesting changes.