The Last Autumn arrived at Frostpunk 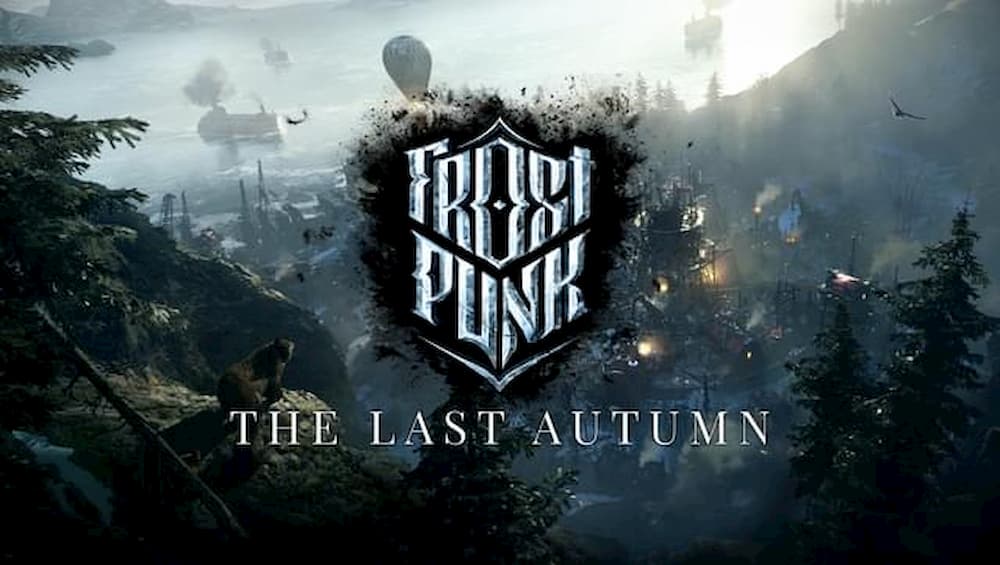 Frostpunk, developed by 11 Bit Studios and that we had the opportunity to try here, was a very pleasant surprise when it was launched (first for PC and then for consoles) being a strategy title with a very interesting theme and, above all, with demanding gameplay.

The Last Autumn has arrived, the long-awaited expansion for Frostpunk and which represents a real turnaround, both in the game's history. We already tried The Last Autumn while in beta.

Hmmmmm, Frostpunk without ice? Well, really for Frostpunk's most beaten players, this must have been a good question and a good reason for distrust of The Last Autumn.

Frostpunk bases its gameplay precisely on the extreme weather conditions and the abundance of cold and ice, so this expansion can twist a few noses at first. However, maybe things are not so bad …

As we have been following, The Last Autumn is, more than a simple DLC, it represents a retrospective in the history of the game. This expansion can be considered as a prequel and Frostpunk and covers the time before all this cold and ice.

It is, therefore, the ideal scenario for the player to realize the events that originated the deadly and rampant winter that they know from the original title. A world before the ice consumes everything. A world full of life and energy. But the clock has already started to speed up….

This new DLC therefore consists of the continuation of the struggle for survival but with the mission of building the generator. Generator that will feed the hopes of the survivors somewhere in an icy future and that we can find in Frostpunk.

However, and as expected, new buildings and new laws are available, all with this objective in mind, as well as taking into account the difference in the landscape.

The Gameplay of The Last Autumn is in essence identical to that of Frostpunk but, interestingly, there are some surgical differences.

For example, the risk of ice has been replaced by risk during construction such as accidents, toxic gases and strikes. Poor working conditions give rise to work stoppages that cause delays and game over if construction deadlines are exceeded.

As you would expect, this expansion brings new features and given the game that Frostpunk is, these new features emerge largely in the form of new buildings.

In the case of buildings, I clearly highlight the docks where the coal / wood / iron resources (they are the same as in the original game) are received periodically. On the other hand, there are also fishing docks that, as is known, serve to provide large quantities of food. But beware: only up to 4 docks are possible.

Other novelties include, for example, telegraph stations where orders are placed to be delivered by boat at the docks. Such requests can be quite diverse, such as requisition of workers, engineers, steam colors or even convicts.

With regard to the legislative system, there are also novelties. The new administration laws clearly highlight the possibility of administering opio at meals. Draw your conclusions …

Another change is related to the fact that the labor laws have the possibility of a double shift where the buildings work 24h and the choice of similarity of order / faith is the choice between workers / engineers.

In the final act the ice makes its return and the docks / telegraph are not working. 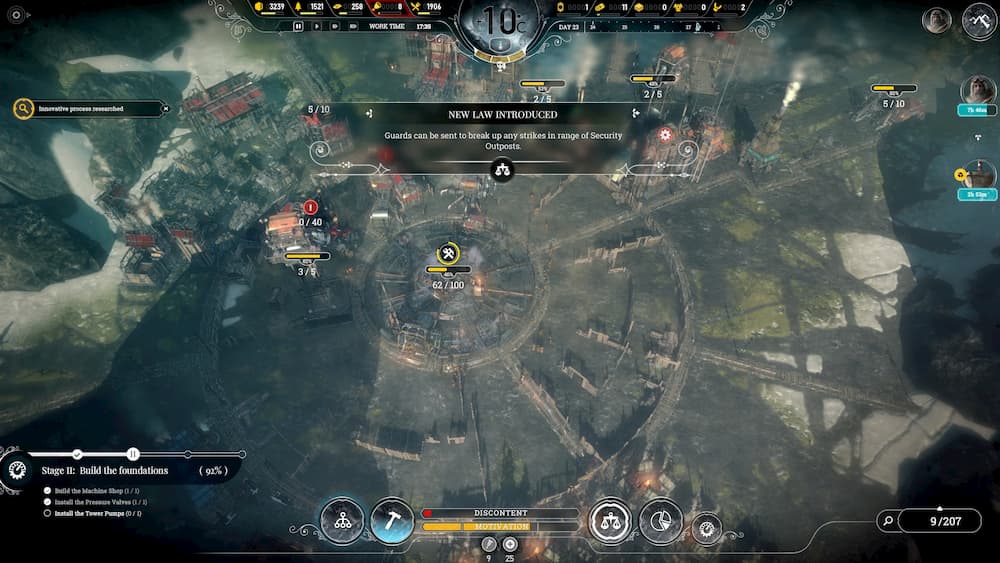 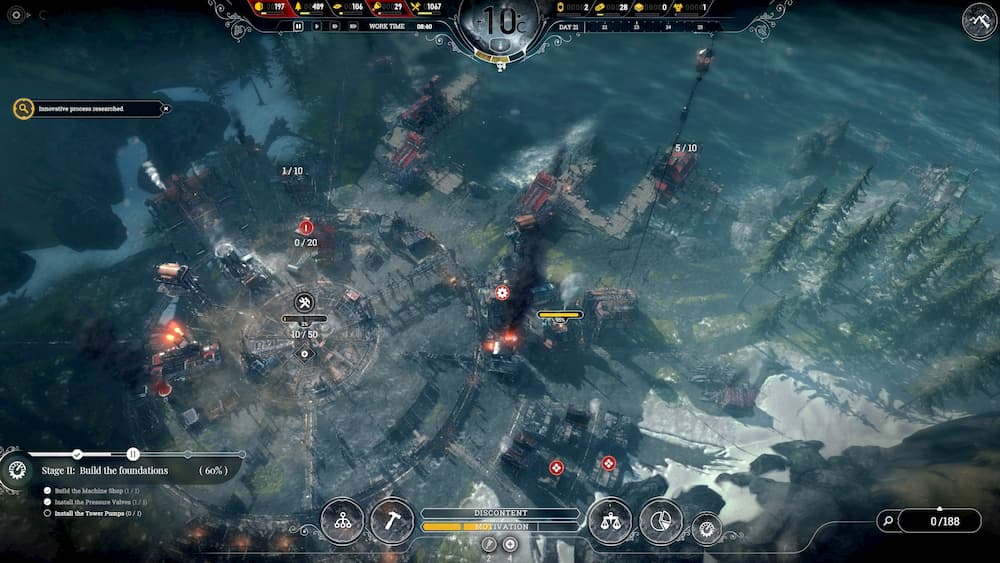 The Last Autumn can be considered as a change of dress in relation to Frostpunk. It is still true that most of the mechanics of the original game are present in this DLC, but the truth is that both the new theme and the introduction of buildings and laws end up making the experience of playing The Last Autumn be an experience different from that of Frostpunk and that is worth playing … at least, for Frostpunk lovers.

In short, The Last Autumn is more micro intensive and the work order is in bursts, when it is possible to collect resources, produce components and the generator construction itself (hundreds of workers on double shifts). Many accidents are scripted and can be mitigated in the next campaigns as the player knows from experience.

Anyone who liked Frostpunk, even though suspicious of this new environment, will certainly like The Last Autumn.