Home Linux Ubuntu 20.04: Your store's complaints grow after upgrading to this version

Ubuntu 20.04: Your store's complaints grow after upgrading to this version

Canonical has always kept Ubuntu active and many innovations. This is one of the most used operating systems on the market, especially when it comes to Linux, completely dominating its area and pleasing users.

In its most recent update, there were many new features and promised an almost new system with support for several years. However, and now that it is launched, complaints are starting to grow. The problem appears to be with your app store.

Problems seem to have come with Ubuntu 20.04

It was a few weeks ago that Canonical announced the final version of Ubuntu 20.04. After 6 months of development, it appeared in its definitive form and brought a wide range of novelties, in several areas.

(895)
$7.99 (as of May 29, 2020 - More infoProduct prices and availability are accurate as of the date/time indicated and are subject to change. Any price and availability information displayed on [relevant Amazon Site(s), as applicable] at the time of purchase will apply to the purchase of this product.)

Now, at the end of these weeks, user complaints continue to grow and accumulate. On Reddit, one of the points of choice for these themes, a topic has been the point to be exposed the displeasure and the problems.

This Linux app store is not working well

In particular, the problem is in the Ubuntu store and the way it behaves when installing new snaps. It is having a performance that goes against what is normal and that users were expecting to be seen.

Apps, after starting the installation process, do not show any progress indicator. Thus, users do not know if this is taking place. When they try the installation again, they receive an error message indicating that it is still running. 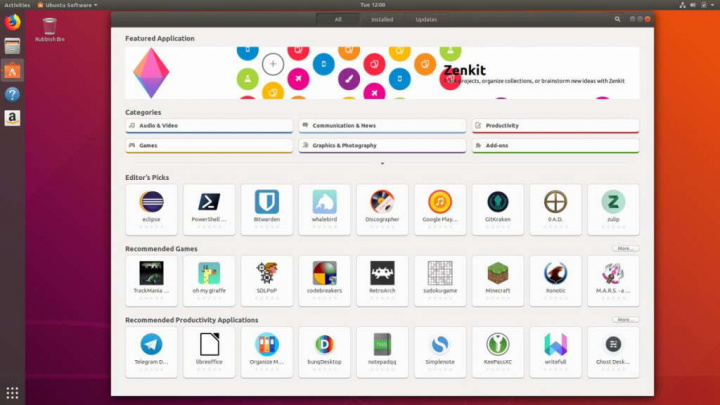 Canonical should resolve this solution soon

Several users report that they are using the snap changes command to track the progress of the installation. However, many simply chose to remove the app store (sudo snap remove snap-store) because it is not behaving as expected.

Nothing seems to be a solution to this problem, even reinstalling Ubuntu, as mentioned. However, Canonical is expected to resolve this issue soon, given that this version of Linux is so well accepted.

Learn how to install Virtualbox Guest...

Online classes or teleworking on Ubuntu?...

Tip: How to install and configure...